OPINION: The more things change, the more they stay the same 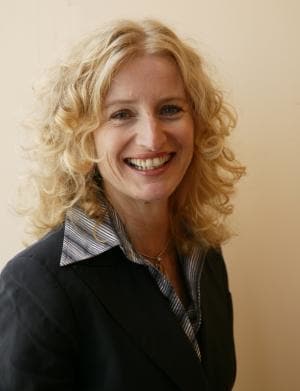 If there’s one thing I’ve learned during my years working in the media it’s that however much change the industry undergoes, some fundamentals in media actually never change.

I joined Freeview last October from a major stint in publishing which was preceded by another career in media strategy in agencies.  I timed my publishing career perfectly ... for a change. The ‘demise of newspapers’ was fought in the first part, and then managed, and finally I was witness to a huge amount of transformation and innovation. One of my last major projects was involvement in the launch of the SMH iPad app, a stunning example of a traditional media brand adapting to changing consumer demands.

I’ve contemplated what I witnessed in the print industry and whether there are any parallels to free-to-air television. And I have concluded that, different from each other as the two mediums are, there are certainly distinct likenesses as well. Technology, for instance is moving fast.  For the first time (in my career) I paid attention to the CES Show in Las Vegas in January. There was an explosion of launches and announcements in social TV apps and second screen technologies, along with fiercely competitive manufacturers unveiling panel televisions in mind blowing sizes. A 55 inch anyone?

As one does, I navigated my way through the myriad launches and products to find the trends. The show certainly supported a piece of research I recalled from back in December when Milward Brown released “12 Digital Predictions for 2012”. At #3 they claimed we would see, “Virtual Togetherness – TV and social media will fuel an explosion in tools, technologies and platforms for interaction and research”.  The CES Show underpinned this prediction and unveiled announcements with products such as Myspace TV, Peel and GetGlue, in an already crowded market that includes Viggle, Zapitano, Umami, Zeebox, IntoNow and TVPlus.

Audio recognition drives many of these apps, or signing up via Facebook. You ‘check-in’ to a program and interact with contextual information. Tell your friends what you’re watching, make recommendations and join a Twitter conversation. Twitter will want to watch TV with you! It’s all about engagement and participation.

But what hasn’t changed? Probably, the most important dynamic that sets television apart from other reported changes in media consumption habits, is that viewers are absolutely steadfast in their desire for the “lean back” experience. And this is not surprising.

Right now, 94% of homes across 5 city metro markets are capable of receiving digital terrestrial television and about 70% of them are completely digital. Free-to-air television accounts for around 85% of all nightly viewing. Sure, there is the explosion of devices, particularly mobile and tablets but people are watching more TV than ever before – on the TV.

Of course the viewing of FTA is spread across more channels these days but this is a great result. Consumers want more choice and the FTA networks are delivering on this need. Time shifted viewing is growing and driving even more choice although we still love our live TV, with 93% of television still being viewed live.

According to many retailers, Australians are buying up connected TVs but most are not connecting them. Ultimately there will be barriers with their internet connectivity and frustration with navigation. And above all, sitting with others such as family or friends while navigating the internet on your TV will definitely send everyone back to their rooms! No doubt more people will buy more sophisticated remotes eventually and connect to the net, although interestingly, recent research from the UK has revealed that catch up TV was most frequently cited as the most used aspect of the connected TV.

Consumers want choice and they are getting it. Freeview now has 18 channels for free. These days it’s not uncommon to have a terabyte of storage on a DVR, making recording of everything you might miss entirely possible, and if you miss something altogether, there is a big chance it’s on the networks’ catch up services.

So while it seems lots of change is underway, especially in technology, interaction and our increasing demand for choice, at the seat of it all, we still really want to be consuming TV from the couch - on a TV.