OPINION: The future of mobile is not near, it's here 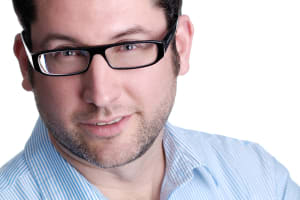 If you think mobile is the future, then you’re wrong. Mobile is now. The future is probably a chip implanted in the back of your head.

The reality is, mobile internet traffic has just about surpassed that on the desktop. Combined, iOS and Android account for 60% of operating system usage compared to just 35% for Windows – the OS that has been the dominating force for over two decades. And this has happened with only a billion smartphone users. The potential upside here is massive as there are still another five billion mobile phone users on the planet – many of whom will be converting to smartphones over the next decade or so.

But where are the ads?

Currently, mobile advertising is seriously lagging behind other media. In the US, 12% of total media time is spent on mobile devices, but only 3% of advertising dollars are spent there. For anyone able to crack advertising on mobile, it’s a huge potential market.

Ads on the desktop largely followed a tradition of ‘side by side’ advertising, as was primarily used in print. But that doesn’t work as well on particularly small mobile devices because of the screen size.

As a result, some advertisers are trying interstitial advertising which blocks the customers’ end goal of getting to a piece of information. This approach fails to address the issue that if the user is frantically trying to look up a map or the next train time, they’re not paying attention to the ads, making this approach a waste of money. Obstructing someone’s path is also seen as pushy, which isn’t good for a brand. Marketers need to admit that there are certain contexts where intruding on the user experience will not work.

It’s clear to me that a major opportunity lies in location marketing, which remains a heavily under-exploited area of the core mobile experience. The daily deals experiment has shown that local businesses are crying out for a platform to reach people as traditional advertising channels begin to fail, and even though consumers have their affiliations to global high-street brands, those same consumers still have a very local existence too.

Anecdotal research from Yahoo suggests that no matter where you are, no matter what time of the day or night it is, the most common search on a mobile device is for ‘restaurants’. But when I type restaurants into Google on my Nexus 4 from my workplace in South Yarra, the top response is Wikipedia, followed by restaurants miles away from me before there’s a listing for something reasonably local. Upon closer inspection, it’s actually for an events company. Our current best examples of location marketing and advertising remain very broken - many opportunities remain.

The biggest challenge brands and agencies have regarding mobile is one of relevance. A considerable sum of money was spent on apps, and in many cases they generated little positive return. Many believed that apps would be the way consumers would interact with brands, and while some do, many simply visit the retailer’s website on their device.

The other major challenge is one of permission, which is swinging heavily in favour of the consumer. After many years of being spammed, having your browser ground to a halt with poorly made banners, and timelines hijacked by sponsored posts; consumers are putting up walls and dictating the terms under which they will interact with brands online. As a result, relevance is vital, so providing a hook into consumer’s daily life will help drive this. Understanding the difficulties with relevance on mobile is critical to brands getting back in in the mobile game.

The ‘next big thing’ on mobile advertising will be unravelling the notion of a digital ecology, which breaks down the walls between all the digital elements you interact with so users can seamlessly transition from app to website to email to photos to video to data to physical back to app again, without any barriers. Not only that, but each of those points are seamlessly integrated into the wider network of services, data and people creating an intricately linked mass of hyper-connectivity. Understanding the data that drives this behaviour and the customer-centric nature of it will be key for agencies to be relevant in these digital ecosystems.

We’re only just starting to see what a digital ecology looks like and how it can be applied to everyday life. It’s alive and well in India, where local fishermen use their phones to determine market pricing for their catch, heading toward the port that will pay the most for their fish, ensuring supply and demand issues are dealt with well before they reach their customer.

Phones are extremely powerful when connected to the network. Imagine walking into a store and a beacon (either in store or on your device) displays a product you might be interested in because it’s available in your size, aligns with your previous purchasing habits and your phone knows it’s just been pay day and you have some cash to splash. While this type of interlinking is just starting to occur, it’s mostly manual, although that will improve over time.

It makes the possibility of a chip being implanted into the back of your head not all that far-fetched, hey?