OPINION: The coming of age of in-stream video 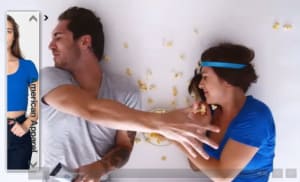 Recently watching Martin Scorcese’s film Hugo about the pioneering years of cinema, I was reminded how bumbling the early years of any new medium can be.

Usually they start by copying characteristics of a similar but more familiar medium – so early cinema stuck close to theatre, with theatre-like studios and melodramatic stage acting. Early TV was the same, resembling radio particularly in its ads where there were a lot of filmed radio-style testimonials on a very visual medium.

The same is true of video online. First generation in-stream may be growing rapidly in Australia, increasing 30 percent to $90.3m in 2012, but right now more than 85 percent of all video ads served are 15-30 second non-interactive pre-roll videos designed for television.

The problem is, if the goal of advertising is to grab consumer mind share and spend, the 15-30 second pre-roll does not take full advantage of the interactive potential of online by going beyond a TV-style brand awareness campaign to build in engagement and a clear call to action as a rich, interactive medium like digital video can.

Some advertisers recognise this, and are beginning to explore what the in-stream space can offer to better capture consumer interest.

Working with the IAB, publishers and more adventurous client brands, they’re discovering in-stream videos own might as a medium, which is essentially that it allows consumers to interact with ads in a way they can’t do through TV for some genuine mutual benefit.

The IAB VAST and VPAID players are a good starting place, letting advertisers run non-linear ads fairly affordably. The non-linear part works as an overlay to the video content the user is watching, allowing them to opt-in for more if they like the ad content. With a number of options available so far, ranging from interactive tool bars to scrollable strips supporting additional content, these ads can be as engaging as you want, or as simple.

A great example is the American Apparel ad whose format was among the IAB Rising Stars winners in February. This features the cool high-street fashion video you would expect to see on TV or in cinema, along with a sidebar that is synced to the video content with catalogue information about the clothes so viewers can browse and buy right away.

The result is a non-invasive experience that gets users’ attention – partly because it breaks the mould of the 15 sec pre-roll, but more because it taps the true potential of an interactive medium. Adding interactive layers to the linear TVC, gives the interested user options to explore, engage with and extend their brand experience further.

Making the effort to build interactivity into video also pays dividends to advertisers. In-stream advertising offers an advantage of mindset over in-page display. The viewer is already engaged with the video player, so if you provide a compelling call to action, you have a better chance of successful engagement than in any other format. In fact, research shows that interactive video ads are by far the best performing ads in all ad categories served. DG’s MediaMind 2012 global in-stream video benchmark study, which analysed more than three billion in-stream VAST and VPAID impressions found users who choose to click on these “opt-in” formats tend to interact more and spend three to five times longer with the ad content than other formats.

In-stream advertising is growing globally by about 40 percent each year, and so is the user base. Inevitably like early filmmakers, advertisers stuck with a TV-only mindset when it comes to online video will eventually need to adapt, or else risk losing the audience and opportunities the unique online video relationship offers. Most will, creating a new type of advertising experience altogether – of which IAB formats will probably be only the start.