OPINION: The Campaign Palace by someone lucky enough to work there 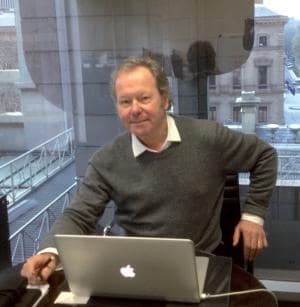 Working in an advertising agency with the simple philosophy of ‘Be The Best’ and then living up to that promise is an amazing experience. The agency was The Campaign Palace.

An agency that won everything worth winning at every major award show.

An agency that was respected around the world.

An agency that put Australian advertising on the map.

An agency that had the best creative department in the country.

An agency where the account service department was second to none and could sell great work.

And most importantly, an agency with loyal clients who respected the agency and what it could do for them. Clients who encouraged fresh, daring, sometimes outrageous thinking and expected nothing less.

An agency that knew how to enjoy itself. Where the lunches were legendary, often resulting in advertising campaigns that were equally legendary.

I’m sure when Lionel Hunt and Gordon Trembath opened The Campaign Palace doors in the early ‘70s, they didn’t imagine what an iconic brand it would become, but it was their vision and unwavering demand for excellence that became the foundation.

It started as a small creative boutique. Their work was simple, cheeky, powerful and clever. It was all about the thinking and ideas.

And there was a very clear understanding that the purpose of the advertising was to get results for their clients.

The art direction was bold, no nonsense, in your face. I loved it, having not long arrived from London where I was working at Saatchi & Saatchi – an agency that was also breaking all the rules. At the time, if you were in advertising, the only reason you weren’t working at The Campaign Palace was because you weren’t good enough.

But it wasn’t easy working there. As one of our many t-shirts said, ‘There’s No Shallow End at The Campaign Palace’.

The idea was always to have fewer, better people. We ran ads in London for creative people and we got some great ones. They had to be. The agency was already building a strong enough reputation for top creatives to move half way around the world with their families knowing that The Palace was a place you could do great work. And they did.

The calibre of creative talent who have worked at The Campaign Palace in both Melbourne and Sydney is phenomenal. I don’t think there are many agencies in the world that could match it.

And how great it was to see art directors and writers who were already well respected absolutely blossom in The Palace environment. I did.

Also there was mutual respect and everyone loved another great ad coming out of The Palace regardless of who did it. Ideas were what it was all about and there was an abundance coming from all over the agency. It didn’t matter where the idea came from as long as it was great. If it wasn’t great we’d tear it up and come up with another one.

And why on earth would an account service person want to work at The Campaign Palace? For the same reason everyone else did. Because they loved great work, loved being associated with it and loved the results the work got. And we had some of the best in the business.

When any work left the agency it was expected to be sold. It’s not hard to sell nice, comfortable work that no one will notice. But what talent it takes to sell a piece of work to a client that isn’t comfy, that will be noticed, even complained about, but will undoubtedly do wonders for their business. Work that, in any other agency, wouldn’t have seen the light of day, let alone gone to the client.

The Palace was full of great people across all departments who stayed for years.

I intentionally haven’t mentioned names – mainly because there are too many and I’d be sure to leave someone out – but you know who you are and I’m sure you’ll agree that those years at The Palace were a very special time. Agencies are all about the people and The Palace had some of the best.

And what loyal clients we had. Back in the very early days in Melbourne, a few people deserve special mention – Philip Brass, then chief executive of Holeproof, and the late John Salthouse, marketing manager who fought passionately for campaigns like ‘Computer Socks’, ‘Rio’, ‘No Knickers’ and ‘Antz Pantz’. Then there was Roger Kimberley and his Cheap Jeans brand, The Hill Smith Family at Yalumba and Gary Fenton at Channel 7 who signed off on ‘Up There, Cazaly’. And, of course, Target.

And then there were the famous campaigns that came out of The Palace in Sydney for clients such as AMLC, Bonds, Westpac, Gatorade, Thredbo, Apple, Talon, Optus, Selleys and Daewoo. Campaigns done by some of the best talent in the country that got Australia talking about ads. For a closer look at the work just go back through the Award annuals.

The best clients were those who were as passionate about great ideas as the agency was. There was a pride associated with being a client of The Campaign Palace.

Yes, The Palace was a great agency and a great place to work, full of fond memories.