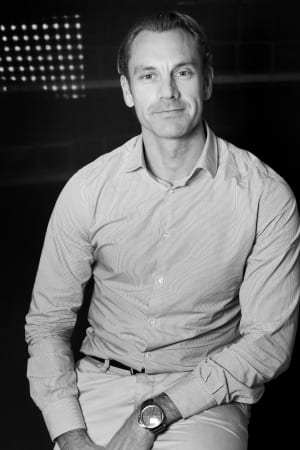 Over the years, the ‘big idea’ has attained almost mythical status in advertising. Agencies stress its importance and clients want a piece of it. A big idea equals a big campaign and, if it’s the right big idea, a big ROI result.

But thanks to the rise of digital media, the big idea is becoming a thing of the past. At the very least, it’s time to rethink this notion of the big idea and embrace the era of the long idea.

In today’s hyper-connected world, consumers are ‘always on’ – plugged in to news, entertainment, social interactions and information online, on the go, all of the time. Brands have no choice but to follow suit and maintain a presence 24/7, 365 days a year. Switching off is not an option.

To maintain an always-on strategy, brands have to provide great content in the owned and earned media space that the public can repurpose, share and publish for themselves.

Today’s consumers are thirsty for knowledge, and everyone from time-poor mums to armchair bloggers and forum overlords is openly discussing and comparing brands on online platforms. If you’re not offering relevant information about your brand, they will look elsewhere – and they may instead find something negative or something simply wrong. It’s a case of making sure that the facts at the public’s disposal are correct and the conversation around your brand is where you’d hope.

An always-on content strategy can take a brand from simply pushing product information on unengaged consumers, to developing an earned relationship with its customers – a more effective approach in an environment where the traditional ‘push’ model of advertising is broken.

In this environment, the big idea is no longer relevant. The big idea was an appropriate concept for paid media campaigns, which unified the mass media channels of TV, print, outdoor and radio for limited bursts of activity.

For owned and earned media, which have an always-on schedule, the long idea is a more appropriate notion. So how is that different from the big idea?

The long idea is not built around traditional ad campaigns. It is powered by several bursts of short stories – small pieces of content, not just ads – that sustain the always-on strategy throughout the year. Think of these as the chapters of your long story. And think of brands as storytellers.

To be effective, these small pieces of content must be differentiated, relevant to what people are already talking about, and authentic.

Carlton Draught has done this well with its ongoing “Made from Beer” campaign, a great example of a long story that has been running since 2003. From “Men with Canoes” to the “Big Ad” and more recently “Beer Chase”, at the heart of this long idea there’s a great idea with a consistent message. McCann’s own “Dumb Ways to Die” also perfectly demonstrates the long idea, with ‘chapters’ appearing at regular intervals since the campaign’s November launch, including a karaoke version of the song and a game app that’s reached number one across the world.

Now more than ever, the most effective integrated creative advertising agencies are not coming up with big ideas but with multiplatform stories – stories that can be told in many different and compelling ways across marketing channels, but always unmistakably from the one brand.

Naturally, another aspect of the always-on strategy is the need to monitor what is being said about your brand through social listening. Measuring the online buzz around your brand to determine whether it’s neutral, negative or positive is increasingly important. For starters, it can mitigate or reduce any negative fallout around your brand or product.

But just as importantly, social listening enables brands to be more responsive to consumers’ needs. It can also inform a brand’s broader thinking and product development, as well as positively positioning the brand where people are talking about it.

Coca-Cola is doing that on a grand scale with its recently launched Social Command Centre in the Philippines, which combines community management, social listening, moderation and call centre management for Coke’s brands in the Asia Pacific region. The Social Command Centre ensures Coke is listening, analysing and able to respond to conversations happening in the social space about its brands.

There may be agencies and clients that lament the decline of the big idea, but it’s increasingly clear that in the owned and earned media space our work needs to be always on and go beyond just campaigns. We need small pieces of content built around a long idea that deliver value in the form of utility, education, entertainment or community.

Anything less will fail to deliver.