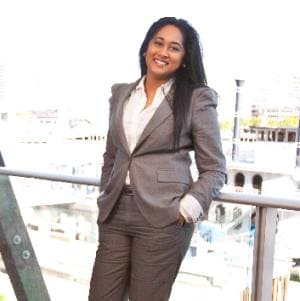 There are fads and there are trends. Fads come and go. Trends are long term and if you get on board early you can ride the wave all the way.

For those who have to deal with me on a daily basis, you will know I am passionate about Multicultural Marketing. You will, no doubt be tired of me saying “This is the future”.

Well the numbers are out and guess what? Australia’s richest source of statistical data, the 2011 Census of Population and Housing, has highlighted the diversity of Australia’s population, with initial Census results.

2011 Census Executive Director, Andrew Henderson, said that throughout the 100 years since the first national Census in 1911, Australia’s cultural fabric had changed remarkably. Census data tells us a fascinating story about the make-up of our nation. With around a quarter of Australia’s population born overseas, diversity touches every part of our country, no matter where you are.

The Chinese-born are poised to replace the English-born as Sydney's number one immigrant group. Nationally, Mandarin has become our most common second language, while Hinduism has experienced the largest proportional growth.

India has even doubled as a source of migration since 2006: One in 50 Sydney-siders was born in India, in Melbourne people born in India are the third highest group! The top five immigrant groups across the nation are the English-born (4.49 per cent of the Australian population), the New Zealander-born (2.38 per cent), the Chinese (1.57 per cent), the Indians (1.45 per cent) and the Italians (0.91 per cent).

Australian Bureau of Statistics figures just released tell us that as at 30 June 2011, 27% of Australia’s estimated resident population was born overseas (6.0 million people). This was an increase from ten years earlier at 23.1% (4.5 million people).

This important audience truly is the future of Australia – and Australian advertising.