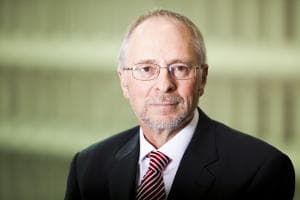 In many respects, the major parties' approach to the NBN is not dissimilar. Both sides acknowledge the issue and need, but one party is for proactive action that could be described as nation building and the other is about letting the market decide what is to be provided and delivered. The fundamental difference is what we as Australian citizens will get and what it will mean to us in a decade or more. And this is where the big risk lies.

Digital is transforming how we do business, we all know that. A key dynamic of this change is the borderless world as online reaches into regional and rural Australia. It also reaches into overseas markets (and of course overseas suppliers can reach into Australia).

Three major trends are driving the growth of the global village with these being: cheaper and more efficient transportation (of goods and people), sharing of media content, and online access. This stronger global village is changing business internationally as smart marketers can now reach the world.

But it is more than marketing. It’s the whole way we do business: how we invent product, manage supply chains, educate customers, provide after-sales support, manage finance and even source our executive assistants. Each of these functions is increasingly being delivered by the most efficient service provider irrespective of where they are based. Long-term winners in business will be those that can either internally manage business functions cost effectively and efficiently, or who can internationalise their business by outsourcing certain functions to those parts of the world who are cost-effective.

Whenever pioneers have set off to conquer (be it land, science, art, space or any other new territory) there is always an element of the unknown. We have described these explorers as path finders as their discoveries have delivered riches that have built empires, nations, economies and corporations. Path finding provides a real return on investment – even if it is not calculable before launch. The only thing that is clear is there is a real cost of failing to path find – take a look at the empires, nations, economies and corporations that no longer exist.

There is little doubt that the NBN is a project that has had its challenges. I doubt there has ever been a major project on this scale that does not run into cost and timing issues (has anyone heard of the monumental cost over-runs and delays with the multi-billion dollar LNG plants being built around Australia?)

We cannot expect a future Australia to be a smart country, an innovative nation, and a world leader in an increasingly services economy if we do not provide the information network that is core to allowing this to happen.

Aim high and you might reach an acceptable result. Aim low and you will surely end up among the lowest common denominators. Nation building for Australia cannot rely on mining and agriculture. We have a superior education system in relation, so let’s give our bright young talent the vehicle to build a clever and creative Australia. It’s called path finding.

McKerlie has been a long time commentator on the NBN and was involved in the Senate inquiry into the NBN.