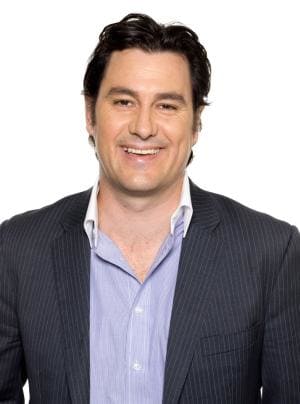 You have to love subtle 'repositioning' of media agencies through the trade press. It always reminds me of the political spin we're so used to seeing in the movies. That Hollywood approach where a US politician waves their proverbial hands to get the people to look in one direction, so they do not look in the other.

In politics and indeed in life it is known as a 'red herring' – an 18th century idiom that originated from the practice of using a smelly fish to throw off the scent of pursuing hounds.

In media land we unfortunately see the same tactics used on a whim, either through market commentary or outright agency PR and spin. Don’t get me wrong – all agencies reposition themselves from time to time when they 'truly' evolve their product (as they should), but often some try to broadcast political media spin to change the perception of something working against them, to try and get people to see it in their favour.

Last week we saw a classic example of this with James Greet and Mat Baxter doing exactly that. Both were waving their hands madly to try and get the media electorate to look at how they had linked the agency ranking report based on billings as proof of there being widespread antiquated remuneration models in play, and that as a result many agencies faced imminent financial pain.

At least, that was James’ view. Mat’s was more dramatic, declaring that the Nielsen report which has the benefit of decades of data should be banished from the face of the planet. Quite a statement, particularly when another Mediabrands CEO, Andrew Livingston, had only months earlier discussed the importance of growing his billings by 60%.

Both, however, did not want you to look at where they ranked, or even argue the case for and against in terms of the many benefits that come with scale in media billings, to which there are many. Which is surprising, particularly for James, as I would hazard a guess that Ikon could use few extra advertising dollars running through its books – particularly in Melbourne – no matter what the remuneration model.

In the interest of going beyond the media spin, let’s look at both sides of the debate, and see what their commentary boiled down to. For me there are three parts:

In terms of the first two, let’s start with the billings report. First and foremost it is an excellent guide to the overall success of an agency. This is because apart from ranking agencies by spend, it reports on what wins and losses they have had year-on-year. Surely if you’re winning new business and not losing business you are doing something right, your clients and others think the quality of your work is good enough to remain or become a client. Contrary to popular opinion, this does not mean mass fee reductions in place of volume.

Then there is the agency rankings. Make no mistake – being big or being at the top has its benefits, as the more ad volume you have the more influence it provides you in negotiating the market. Put simply, it’s really no more complicated than the economic principle of supply and demand. If you have more of something that the market wants, you and your clients will benefit.

Finally on part one, it's fair to say the more clients and the more billings you have on your books the greater the opportunity for evolving the work you do, and how you bill your client for that work. Where both James and Mat are right is that all agencies need to do this, but being bigger actually means you have more chance to do so.

So let’s answer part two, the 'red herring' of this debate, and see why these two are really so against the ranking system both Nielsen and RECMA provide. Well, UM comes a distant fifth place on the charts at $450 million, and Ikon comes in at seventh place on $340 million. No wonder they want it banished from the face of the planet as there is always a disadvantage at being a mid-level player in the market, particularly when you look at overall size.

Finally, part three. What is the link of billings reports to remuneration models? Well of course there is none! I rest my case on the fact it was no more sophisticated than an obvious misdirection. But to genuinely see if these two have split the remuneration atom, let's review the three buckets they mentioned:

1. Commission-based fee
2. Fixed fee (either total fixed fee or for specific diversified services)
3. Performance-related income (commonly a performance fee based on meeting a set of KPIs)

When reviewing these I don’t think there is an agency in Australia that does not have a mix of these types of fee structures across their portfolios. Ultimately, customising the structure to suit the client and get the best outcome for great work is the key, and it’s far too simplistic to say commission-based fee is redundant.

Usually clients will agree to a hybrid structure which will sit across two or more of the above models, and sometimes even all three depending on the scope of work. But that’s not hardly new news is it, nor is it an indication that the media billings report is irrelevant – in fact quite the opposite. All 'progressive agencies' should welcome being measured against their peers no matter what measure, as that the true sign of success.