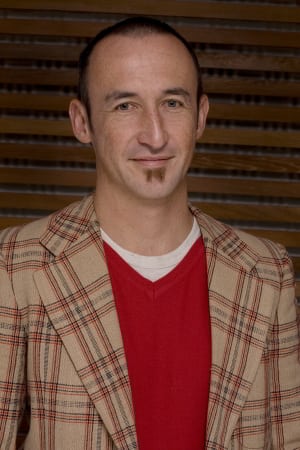 A race horse with no real traditional owners is being cheered on by punters from around the country and according to all reports, trainer Robert Smerdon isn't seeking guidance from any of the filly’s owners, stating: "I don't know who they are," and adding, "they pay the bills though".

‘Members Joy’ is the second horse in an initiative aimed to give Melbourne Racing Club members (more than 9,000 of them) the thrill of racehorse ownership. Over the past 18 months, they’ve enjoyed tours to Swettenham Stud and the Aquanita's racing stables, with a ballot drawn to select 20 members to be “owners for the day” each time the horse races.

This less traditional style of collective investment gives me reason to believe that brands could also win over the battle for consumer loyalty by creating a relevant community platform with investment incentive and a common goal for members to achieve.

TrendWatching has even gone so far as to coin the term ‘Custowners’ in order to describe the uprise in this trend of consumers who move from passively consuming a product towards actually investing (if not owning a stake) in the brands they choose to buy from.

The site takes Dutch based Buitengewone Varkens as an example. The company accepts investments in its herd of pigs in exchange for pork products over a three-year period. Interested consumers begin by investing a hundred euros in the company’s pigs, which are bred sustainably and live naturally outdoors.

Or there's UK-based healthy fast food franchise Leon, which created Leon Bonds to raise 1.5 million pounds from its loyal customers (rather than corporate investors), so it could further expand and open new locations. Investors (of a minimum 1,500 pounds for three years) receive interest and other non-edible perks in return.

Another tangible example is the increasing set up of supermarket co-ops such as The Peoples Supermarket or Foodco-Opshop, which allow their customers to invest time and cash into the grocery business – by paying a yearly membership fee and/or volunteering a few hours a month to work at the store – in return for cheaper food prices.

Whether on or offline, this model of member ownership and value add is about updating old world community values to suit a modern context with new ways for customers to contribute and connect.

The trick for brands is to carve out not only a financial but also an emotional return for business savvy consumers. When they get the balance right, it’s customer engagement in its purest form: feeling and behaving like they truly own the brand.

Therefore only brands that are friendly, honest and somewhat ‘human’ will find themselves able to attract enthusiastic, loyal support and enter into a truly engaging relationship. To make a business out of loyalty, custowners need to first invest their trust into the brand.