OPINION: It was fun while it lasted 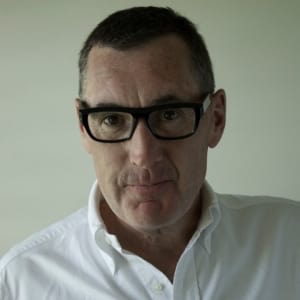 It was seen as one of the great leaps forward for the advertising agency business and became one the most overused phrases of the decade. The ‘integrated agency’ seemed a good idea all round. If you were a client, you’d have struggled to find an agency that claimed to be anything but.

Agencies loved it because it gave them the chance the play a larger role and get more business out of the client – the client liked it because it offered them simplicity and ‘one throat to choke’. Both could see the benefits of having all the work created to a single over-arching strategy and working together in combination.

At the core of the integrated agency was the claim of ‘media neutrality’. The agency could recommend what was right for the client, no matter what discipline was being employed, because the agency had a single P&L.

I think I’m qualified to write this piece because I was there when it started and I’m still here to witness its demise. I should be clear – I’m not prophesying the death of the ‘integrated campaign’ but of the ‘integrated agency’. Despite what some agency people still believe, the jig is up.

Today, a typical medium-sized client I advise will be employing more individual agencies than ever before – a creative agency, a media agency, a digital agency and a ‘search’ agency. They might also retain a separate PR agency, a shopper-marketing agency, a design agency and a research company as well as using variety of other smaller agencies from time to time. They’ll also be accepting creative solutions from media owners that ‘add value’ to the media they buy.

In the late 1990s I was credited as being one of the pioneers of the integrated agency model in Australia. It was all a bit of an accident really. I was with an agency then called Euro RSCG Ball Partnership. On the floor below was Ball Direct. They had their own clients and their own management, who were responsible for their own P&L.

Upstairs we were travelling well, but downstairs Ball Direct was doing it tough and the decision was made to put the two businesses together – there’d be savings in management costs and of the salary of one receptionist. Happily, this all coincided with the first baby steps of digital and we were fortunate in having a couple of clients who were among the first major digital advertisers.

It wasn’t long before we realised we’d stumbled onto something good and started presenting clients with charts of intersecting circles with the word ‘integrated’ writ large.

And boy did it work. Once we’d created a couple of case histories, we couldn’t lose a pitch if we tried! We won the business across advertising, direct and digital. We piled on accounts and in 2000 won this magazine’s National Agency of the Year award. Hardly surprising, then, that within a couple of years, you couldn’t find an agency that didn’t claim to offer the benefits of the ‘integrated’ approach.

So if it was such a brilliant idea in simpler times, what went wrong?

With the benefit of hindsight, I don’t think it was as comprehensive an offer an as we thought it was at the time. The term ‘integrated agency’ really only replaced an older term: ‘full-service agency’.

But instead of continuing to work together, creative and media started to compete with each other. They competed to be seen as their clients’ key advertising partner. Soon, the client started getting differing advice from their two agencies.

Then the world started to get a whole lot more complicated. As digital grew, it became clear that there was going to be a lot more to it than building a few websites and knocking out a couple of banner ads. Creative agencies didn’t recognise the type of talent required to keep up and ‘digital-only’ agencies emerged and dominated the space quickly. Soon the biggest and most capable digital agencies weren’t part of either the established media or creative agencies.

The same was true of ‘search’. Today over $1.8 billion is being spent on search in Australia (that’s about half what is spent on all free-to-air TV) and like digital, search agencies have emerged as a category in their own right.

Only at the very small end does the one-stop shop agency still survive, and for how long? As Mike Wilson at Naked once warned me, “You’re only as good as your weakest discipline.”

‘Big data’, as we are told daily, is coming our way. I believe that this will also sit separately – or with the clients themselves. A client told me that she thought the ad industry still believed the major split was between creative and media, while she believed it was now between what the client did themselves and what they asked ANY agency to do!

It’s all a bit of a shame, really, because the integrated agency did work for a while and was a lot of fun while it lasted. But I’m afraid I have to agree with Harold Mitchell who famously said about the creative-media split, “The genie is out of the bottle and won’t go back in.”

Today, I suggest, that bottle is now smashed.

This article first appeared in the 31 May 2013 edition of AdNews, in print and on iPad. Click here to subscribe for more news, features and opinion.