OPINION: Is Google dancing with the devil? 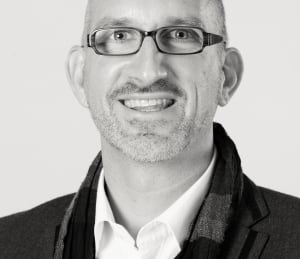 Without question, Google has revolutionised the way in which we search for products, services, maps and more, via a quick search on the web.

While it is great to have such information at our fingertips, there comes a point at which one has to ask: at what cost?

At which point does a single company have too much control over what is served on a Search Engine Results Page? (SERP)

Recent changes to Google’s trademark policy, allowing advertisers to bid on another brand’s trademarked terms, have been impacting several trademark owners within Australia. For example, a Spanish-based company (edreams) is aggressively bidding on the trademarked “Tiger Airways” brand term and has been using this trademark within the display URL of its paid search ads as per the screenshot below:

“Google will not investigate and restrict use of the trademark in display URLs because the presence of a trademarked term within a URL may not necessarily constitute trademark use, such as in the case of post-domain paths or subdomains. Trademark owners can contact the advertiser directly regarding any concerns about Display URLs”.

Tiger Airways has attempted to contact edreams directly to resolve this issue, albeit unsuccessfully. Google has quoted the above policy in all written communications, although after lengthy discussions, Google finally deemed the above display URL to be “spammy” and the ads were disapproved.

When edreams was actively bidding on the “Tiger Airways” term, the cost-per-click rose from between $0.02 and $0.09 per click (dependent on the State targeted) to over $2.30 – a premium of 11400%. If brand campaign budgets stay the same, then click volumes and impression share or share-of-voice reduce – and another brand benefits from your marketing activity.

For the period when edreams was not bidding on Tiger’s brand term, MEC increased budgets towards generic and route-specific campaigns, with the brand campaigns capturing 100% impression share at a very low CPC and without hitting their daily campaign caps.

We were surprised to see that on 11 May, edreams once again started to bid aggressively on the Tiger Airways term, using an updated display URL:

If you paste this display URL into an active browser, it does not work. Such activity does not currently breach Google’s trademark policy as Google does not consider the display URL to be part of the main ad text copy, even though it chooses to display it adjacent to the main headline when clickthrough rate is strong.

Allowing advertisers to mislead internet users in this way seems to go against one of Google’s founding principles, “Focus on the user and all else will follow”.

So who is benefiting from these rogue actions? Certainly not the consumer.

With governments around the globe raising concerns around Google’s tax transparency, the search giant’s new Head of APAC, Maile Carnegie, is going to have a busy few weeks. But as far as the trademark policy is concerned – there is a quick fix. Google should simply apply its trademark policy regulations to the display URL of ad text.

Why should a brand owner be penalised with inflated cost-per-clicks for trademarked terms that they own when a non-authorised company chooses to target their term? Google provides the means to do this via its Adwords platform, so surely it needs to take some responsibility in policing the system.

Google had promised that this issue would be raised at a meeting in Mountain View two weeks ago. MEC is still awaiting an updated reply.