OPINION: Ignore the alarmists. TV has a bright future. 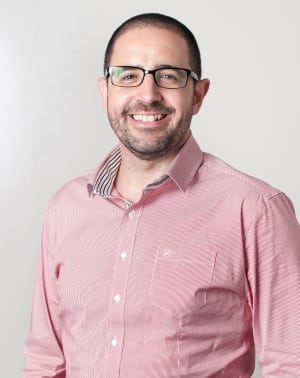 The doom-sayers have been out for some time predicting the demise of traditional TV. It started with the invention of the VCR: we could watch what we wanted, when we wanted, provided we could figure out how to program the damned thing. Of course, TV survived and grew bigger, in every sense – the choice, our consumption and the size of the sets. But the Mayan-like predictions that TV will die have gathered pace since we started watching video online.

It’s true that Aussie TV companies have been struggling financially, but that’s reflected across all media sectors right now. It’s also because they haven’t adapted to the new opportunities ahead with integrated cross platform video sales.

The fact is people continue to watch traditional TV, chalking up more than three hours of our day (according to OzTam). Online video consumption adds to that total. According to Nielsen, 11 million of us streamed online videos in December, clocking up almost six hours that month; double that figure for 18-24 year olds.

TV continues to be most cost effective way to reach the masses. If you want to get to 1.7 million people quickly, stick a few spots on My Kitchen Rules. The problem is, after the first big hit the incremental cost of extending your reach on TV increases. You’ll find more and more of your spots are reaching the same, high-consumption viewers. In the past advertisers used other media, like newspapers, to extend their reach and frequency, but losing the power of video in the process.

That’s why, these days, online is becoming the tool of choice for extending TV campaigns, adding carefully selected online elements to the mainstream campaign. The cost per view online is higher than broadcast TV, but it’s targeted so you know you are adding to your audience with each showing. And it’s video. Not a static print ad that soon gets flicked over. It’s your all singing, all dancing, full colour, brand-building showcase, right there in front of you.

It’s a marriage made in heaven, yet online and TV have been viewed as common enemies. They’ve been sold against each other, bought through different means, measured in different ways; in other words, no cohesion whatsoever.

The sooner the two industries become one, the better for each side. When video is sold as a single entity, delivered through a myriad of channels, TV and online publishers will reap the rewards. So will advertisers.

A cohesive approach requires agencies with buyers working across all video, using common measurement and planning tools. The complexity of choice and channels online means there needs to be a programmatic approach to planning and delivery, so options aren’t dropped because they are too difficult to fulfil. And broadcasters and online publishers need to offer the flexibility for campaigns to be optimised on the fly – with schedule changes or creative swaps as close to real time as possible.

That requires a little give and take on both sides. Online needs to start using the measuring standards of traditional TV; the broadcasters need to ensure they can offer the same speed and flexibility as the online publishers. It’s not a big ask and the upshot is enormous.

So TV is not dead. It’s not even resting. It’s here for the long haul, with its new best friend.