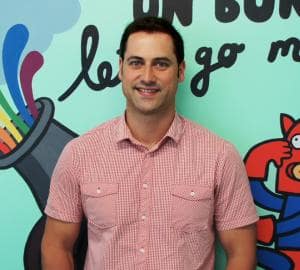 Festival season is almost upon us, and everyone wants a piece of the action. With a stacked calendar and a continued blurring-of-the-line when it comes to offerings and audiences, (IDM vs EDM? Phoenix playing Future Music? Who the hell knows what’s going on anymore) it’s harder than ever for brands to stand out and drive engagement.

Conservatively, 80% of brands activating at festivals are wasting their money and creating marketing pollution. It doesn’t take a rocket scientist to figure out that the music festival circuit is the highlight of the Gen Y social calendar and marketers see it as a massive opportunity to get their products and brands in front of this illusive group, en masse. However, approach with caution, as festival-goers are the most cynical consumers in Australia when brands get it wrong. One negative Tweet, Facebook post or Insta-photo can spread like wildfire. The kids are there to tune in, turn on, drop out and pick up… and will savage any brand that makes a ham-fisted attempt to horn in on their action in the name of – ew – marketing.

So how do you avoid your brand making it on the #festivalfail Instagram feed this summer? How do you appeal to the right audience in the right way when not even the promoters are sure who their actual audience is anymore? Here are some tips to get you on the right track:

Brands who think that sticking up a tent, putting your logo on some scrim will keep you top of mind, need to think again. What’s the value exchange? A big bright logo is clearly not enough. At Coachella this Year, Heineken offered free cold storage for your Heineken six-pack which punters could access anytime via fingerprint – keeping your beers cold in the scorching heat, #festivalwin. For Sony Xperia’s sponsorship of Swedish House Mafia’s farewell tour earlier this year, we created the #together experience, bringing the crowd together like never before. Pre-concert, fans downloaded the free Lisnr app and were able to synch their phones with the light show in real time. 50,000 phones lighting up with the main stage. Happy fans.

Don’t try and own the big moments

Brands trying to ‘own’ the big festival moment or spectacle are destined to fail. Festival promoters and the bands themselves don’t want brands to overshadow their show. Work out what the punters want and do something to enhance their experience. How can you give fans social currency without distracting them? Or how about, hell, creating your own spontaneous moment. In 2011 a bunch of kids laid down dozens of garbage bags and turned the Woodford campground into a giant slip’n’slide. It was miles away from the live stages, but people came a-running. And all the brands were up at the festival because that’s where the action was, right guys? Guys? Bueller? Bueller?

Creating a one size fits all activation program is a recipe for disaster. Putting your bar, tent or stall up at Big Day Out doesn’t mean it will work at Laneway or Field Day. Status Seekers hit Field Day and Good Vibes. Get those tatts out and singlets off, lads. Remember when Harbourlife banned dudes with no shirts, and how happy that made us all? Expressives hit up Laneway, Young Explorers make the pilgrimmage to Splendour and Falls, and Blokeys get their (mid-strength) bourbon on at Big Day and Groovin’ The Moo. (Note: labels above are my descriptors, not common lingo amongst kids). But why are these kids going – for the tunes? To get off their chops, dress up, have a road trip, tell cool stories, build myth and legend among mates? Brands better know before they go.

Focus on the many, not just the few

Music festivals are the ultimate melting pot, where socioeconomic divides go out the window and the experience is king. Crews from the Shire party along with kids from the inner west, the North Shore, the Penny basin, and anywhere else you can think of.  Mainstream brands creating VIP experiences do so at a big risk. Oh look, Telco X is doing VIP dunnies? But wait, why can’t I get in there and that guy can? Screw you Telco X. It might look good on a boardroom presentation to say you gave 500 youth a special brand experience, but if the other 20,000 reckon you’re elitist, it’s a #festivalfail. Virgin Mobile got around this at Splendour a couple of years back by giving free tents to its customers, but they had to get them from a secret warehouse outside the festival. Great way to get your brand talked about pre-festival.

Forget influencers at festivals, every single festivalgoer has a massive social voice once they leave the precinct. At Singapore Night Festival, Yelp gave out thousands of glowsticks – people were fighting to get their hands on them. Now imagine a sea of glowing Heineken green at Stereosonic. Yep.

Be an enabler of self expression

Festivals represent the ultimate opportunity for self-expression. It’s a moment of freedom where you can escape the real world and express who you really are, or would like to be. Brands who create opportunities for fans to be rewarded or celebrated for their individual creativity are the ones that win. Remember, every selfie is an opportunity for stardom within their social networks. Those at home following the festival hashtag feed expect epic pics from their mates. Punters at Burning Man paint each others’ faces with elaborate animal designs – everyone wants in, and they have the living hell photographed out of them wherever they go. And those photos spread online like chlamydia. Fun with an animal theme? Can’t imagine a brand that would want to get on board with that (*cough* Optus). Beware though, hijacking a meme can be borderline unauthentic if you get it wrong.

Enhance their experience through simple tools

Brands are looking left and right to innovate at festivals with technology such as RFID, as we saw at Coachella festival in the States this year or the Tupac hologram in 2011. The reality is that the best experiences brands can deliver are based on being super useful. Understanding context, environment and mindset is critical. Every year Splendour is a mudbath. You can put money on it. Festivalgoers without gumboots can buy them on site for $50 and up. Bargain, right? A brand giving out cheap branded gumboots would get amazing traction at the event. Or ponchos. Or cheese toasties. Or freaking water balloons! Everyone’s wet anyway, right?

Forget trying to do some media activations/promotions at festivals in real time. Punters aren’t checking your Facebook page. Sorry. Despite ongoing attempts by promoters, mobile coverage is typically rubbish, yes they are taking loads of selfies, but they aren’t actually updating their Instagram and Facebook profiles in real time. They’re waiting until the next day when they can curate, filter their pics and create highlight packages. #nofilter doesn’t exist in festival world. Which brings me to my last point.

Focus social amplification on the anticipation phase and festival aftermath, not during the festival

Brands should focus their content and social media strategy on the lead-up to the festival, driving anticipation of their brands' involvement. Use your social channels, particularly Instagram (the music festival-goers channel of choice) to excite festival-goers as to what you’re going to be doing at the festival. Generate conversations with behind-the-scenes footage where punters can learn more about the acts. It’s about staking your claim beforehand so that you’re top of mind when they do get to the festival. Unless your brand is sponsoring the headline act on the main stage, the whole ‘lets broadcast this third tier act on a backstage on our YouTube channel’ play is a waste of money. And, if you’re going to create a wrap-up hype video or picture gallery of your brand's festival activation, make sure you do it within 24 hours. No on will watch a vid that comes out three weeks after the fact. They’ve moved on.

So, bring on the music, fun and frivolities and hopefully this article will save a few unsuspecting brands from #festivalfail this summer.