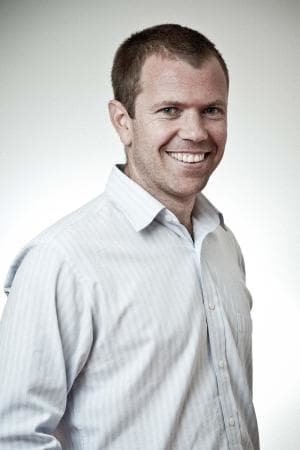 Really? You think The Voice is going to be a success? Yet another talent show, another line of judges, more vote-offs? Oh, you have a spinning chair… Still no. I don’t think so. I am not sure how to sell this to my clients?

Let’s face it, we were all in a similar boat. It wasn’t standing out on paper. No more than Excess Baggage at the time. And, as such, Ford Focus and Australian Super have been the lucky (or smart?) recipients of a relative bargain with some clear space to activate their brands. And as the show has progressed, Vodafone are increasingly sticking their tweet in, and Woolies have also found an angle to activate on the fringes.

It is not quite Masterchef yet, which now has over thirty brand logos on the partner page, but The Voice will no doubt attract a lot more commercial attention as Nine starts thinking about series two. But as the number of sponsorships grow, they must remain well-aligned.

With more time to plan and the benefit of hindsight, there will be a real opportunity to activate these sponsorships in truly engaging and unique ways to add value to the show, the viewer and the brand.

To this end, The Voice mk II is an opportunity to look at sponsorship slightly differently. Let’s consider it as a ‘content partnership’.

Brands want to leverage the engagement of an existing audience and they have money to spend. Networks want more viewers interacting with the show in all touch points. Sticking the host in a car wrapped into a 30-second spot doesn’t quite do it for anyone. Placing a logo on a tweet is missing the point. Building a social media room is a little odd, or is it just me? Isn’t social media meant to live in the ether? Do we need to see a million tweets, and then be told a million people are tweeting?

My point being, brands will cut through with audiences on a far deeper level if they simply give the audience more of what they have come to see. And what an exciting opportunity there is now for series two, with a live element of a high-rating TV show, to develop truly innovative ‘content partnerships’.

A couple of other counter-intuitive things that I would like to see the network consider for series two.

Firstly, change the judges. Keep the panel fresh and new. Don’t get me wrong, I am thoroughly entertained by the current quartet. But for me, these shows are 50% about the contestants, and 50% about the judges. No one would expect us to watch the same contestants in series two, so why should we want to see the same judges. As good as they are now, their comments will become samey soon enough. And there are plenty more inspirational musicians out there for us to get to know.

Secondly, don’t strip it across the week! As tempting as it may be for the commercial arm of the Network, I believe one key ingredient to the sustained high audience figures has been the fact that, on five evenings of the week I have felt slightly disappointed that it is not on.

I have looked forward to its return on a Sunday or Monday night. It is refreshing to feel that sense of anticipation for a prime time TV show these days, and I hope Nine retain that. Hopefully the success of the off-screen activity through social interaction during the live shows, which I would imagine can only be held once a week, will convince the network that the current format is worth keeping.