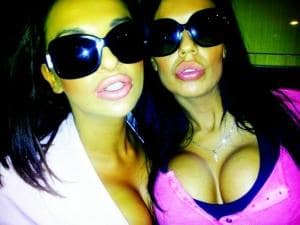 Everyone’s having a go at network programming and what people are choosing to watch. But it's a supply and demand market and commercial TV shows what people want to watch and what they can sell to brands. If it’s a controversial show about vacuous people in the Shire then that’s what the market is demanding. The interesting thing for me is that brands are nervous about following this logical step as it’s deemed too risky.

For instance, The Shire has been criticised by everyone from residents to politicians, but wasn’t controversy the point? Yes the ratings have dropped but social media is still buzzing. There were over 70,000 tweets in the first 24 hours and sure, the vast majority were negative but hats off for provoking so much debate, conversation and interest. My point is that no brand made the most of this. Yes, it would be a brave brand to get involved but the right brand doing it in the right way would have been a very noticed brand too.

It’s easy to criticise shows like The Shire, but where others see risk, smart marketers should see opportunity. Look at how many brands joined The Voice mid-way once it was established. The smarter guys took a risk up front and reaped the rewards. Not only did they get more value, but they are in a better position to negotiate the second season than the hoards trying to get in after the show’s been proven.

The upcoming Big Brother re-launch is another example. I’ve seen a fair bit of risk aversion to the property, which is perfect for the right brand! We can’t predict what’s going to happen but we know there is genuine interest in the reformatted show. There are over 110,000 Facebook likes and the show hasn’t started yet. Sure there will be debate, polarising characters and turns of events we don’t like, but The Voice had provocative decisions, polarising characters and people being kicked off the show and wasn’t that a hit?