OPINION: Five marketing disasters, as told by The Monkeys 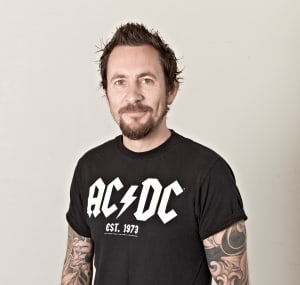 When asked for my top five marketing disasters, I figured you guys would already know the real biggies. You know, the likes of Hoover's spectacularly short-sighted £50m 'Free Flights' fiasco, or Coca-Cola's blunderous 'New Coke - it really tastes better’ (said nobody, ever) ignominy. So I thought I'd look at some of the lesser-known and more amusing debacles to grace our noble profession, that also happen to be some of my personal favourites.

Microsoft’s Windows 7 Party
So, who wants to hold a non-ageist, non-sexist, non-racist, non-anything that could be vaguely offensive to anyone, rip-roaring, rambunctious shindig round at their place to celebrate the launch of a new PC operating system?

I know, it sounds just swell. Apparently some wise Microsoft marketer thought we’d all want to do the same when Windows 7 hit the shelves in 2009. Unfortunately I seem to have lost the home video from my Windows 7 Launch Party, but from the few hazy memories remaining from that wild night, I’m pretty sure it was exactly like this.

Qualcomm ‘Born Mobile’ at CES 2013
‘Qualwho?’ I hear you ask. At this year’s Consumer Electronics Show in Las Vegas, the honour of hosting the conference keynote shifted from the incumbent Windows 7 Party animals, Microsoft, to Qualcomm, the guys who make processors for mobile devices.

The painfully choreographed horror show that followed featured a slew of obnoxiously clichéd youths professing to be ‘born mobile’, which essentially was the gist of the whole pantomime.

In a glorious twist of fail, those outside the keynote trying to witness the unfolding tragedy on their phones found that the Qualcomm CES live stream site wasn’t supported on their (Qualcomm powered) mobiles. Oh dear.

QR Codes
Okay, so this isn’t a marketing disaster as such, but the incorrect use of this questionable technology has to get a mention when discussing marketing failures. Rather than let me extol the virtues of the QR Code, let my old mate Alex Blagg give you the lowdown on how these curious hieroglyphs found their way onto your Golden Gaytime wrapper. He gets a bajillion hits don’t-ya-know.

Next Model competition
If you give the good ol’ public a stage, you've gotta be ready for what they do on it. A caution that the folks over at Next (a clothing retailer in the UK) obviously weren’t privy to when they ran this charming little model search competition on Facebook. They were hoping the good people of the UK would use their keen model-spotting talents to unearth the next Kate Moss from over 5,000 online entries.

Unfortunately they didn’t account for the wonderfully juvenile people of the Internets, who rallied behind Roland Bunce, an aesthetically unconventional computer science graduate from Belfast. Roland notched up 66,000 votes compared to the stunning second place contender with a mere 98.

Too bad he pulled out of the competition before we got to see his blue steel.

Susan Boyle’s Album Launch Party
To help spread the thrilling news of Susan Boyle’s eagerly awaited new album, one of her promotional people thought they’d create what us ‘born mobile’ kids call a hashtag. And here it is: #Susanalbumparty. Says it all, really.