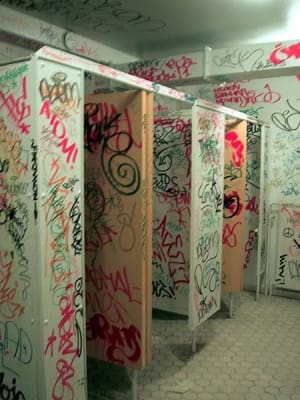 Since its creation in the early 90s, the web has managed to confuse and bamboozle legislators around the world.

The recent decision by the ASB to hold brands responsible for the comments made by consumers on a brand’s Facebook page shows that this continues to be the case, even now that the web is well into its third decade. And one doesn’t have to be in agreement with the sort of comments that appeared on VB’s page, which were, without a doubt, offensively and aggressively sexist and homophobic, to think that this ruling isn’t just wrong-headed, but unnecessary.

Firstly, regarding the language that was being used, there are already regulations designed to tackle hate-speech: they’re called the Facebook Community Guidelines.

Facebook does not permit hate speech ... it is a serious violation to attack a person based on their race, ethnicity, national origin, religion, sex, gender, sexual orientation, disability or medical condition.

While there isn’t a ‘report abuse’ link on every post on Facebook (though they all have a ‘report spam’ option), it doesn’t take too much lateral thinking to realise that it might have been more pragmatic and workable to insist that Facebook include the links that allow people to report abusive language within posts, rather than creating a clunky framework which is going to cost businesses time and money.

Then there’s the issue of whether posts by members of the public on a brand’s page should be considered to be advertising, and therefore liable to regulations around unsubstantiated claims, and here it strikes me that there are plenty of international examples of how to handle such issues which show a much better understanding of Facebook & the web in general.

The US and EU both have regulations which ban brands, or agencies/individuals working for them, from pretending to be consumers and posting positive messages which they otherwise wouldn’t be able to post.

Again, it seems obvious that this is a more reasoned, and sensible approach – brands should be responsible for what they say, not what people may decide to say about them.

When contesting the judgement, Fosters suggested that asking brands to be responsible for what people write on their pages is similar to asking a café owner to police customers’ conversations. The truth is that it’s more akin to expecting pub owners to continuously check toilet walls in case anyone has left graffiti claiming that one brand is superior to another, in that it utterly fails to understand the medium or the modern consumer.

Hopefully the ASB will be open to discussion on this topic, and we might end up with a more pragmatic and workable solution. Certainly, I can't imagine any reputable brand or agency suggesting that having offensive language on a brand page is a good thing, and it’s only common sense to suggest that both brands and agencies should be working with platforms like Facebook to find ways to make moderating such content easier.

But it might also be worth using such platforms, which have been shown, in countries where membership is at the levels seen in Australia, to be a more or less accurate representation of demographic make-up and popular opinion to ask consumers themselves whether they see this as being as much of an issue as the ASB seems to think it is.