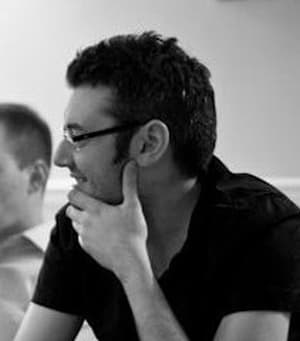 Quaffing my eminently drinkable red wine at the 2012 AdNews Awards earlier this month, I saw Metro Trains and McCann Melbourne’s ‘Dumb Ways to Die’ viral video win Ad Campaign of the Year and Ad of the Year. Forty-one million YouTube views and a place on TED’s list of ‘ten ads worth spreading’ later, I wondered what it is beyond sheer reach that made this campaign so successful in industry eyes.

Has it actually effected a change in behaviour? In February, Metro Trains claimed a drop in ‘dumb behaviour’ - which apparently doesn’t include standing too close to a large sweaty man. They said safety near misses at stations had dropped 20% against the annual average, and incidents are down 15% compared to this time last year.

I’m not close enough to the evaluation metrics to comment on how robust they are, but there’s certainly a lot of industry scepticism about this data. Not least because the vast majority of views were from people outside Melbourne (and Australia), and the safety stats are taken from a two month period. For these reasons Keralee Evans from Text100 calls the effectiveness claims ‘social media bullshit’.

In any case, it is probably too early to tell just how effective it was. But the campaign as a whole raises interesting questions about using softer emotional connections to get people to act.

The power of affect (emotion) in social marketing and behaviour change communications is well known. An emotional resonance can jolt us out of ingrained, habitual behaviours – moving the behaviour from the automatic (subconscious) to the reflective (conscious). Emotive shocks have been used for years in anti-smoking ads, for example.

In this regard, humour is also a very underrated emotional tool (if not for advertising in general). A lot of comedy is about holding a mirror up to ourselves, and reflecting on how ridiculous our behaviour is – as in the Victorian Government’s ‘No-one Thinks Big of You’ road safety campaign.  Air New Zealand has been making funny (and virally popular) in-flight safety videos like this for a number of years to get passengers to pay attention – much more engaging than Qantas’ cringe-making efforts featuring cricketers and Olympians.

But ‘Dumb…’ is different, in that it is a rare example of using a different kind of emotional reaction (cuteness? Aaaaaah-fect?) to change behaviour. The Government of Western Australia have similarly just launched an unusually warm and fuzzy approach to combat the issue of speeding.

If (and it’s a big ‘if’) these campaigns do change behaviour, it would be because they triggered a positive emotional reaction from the audience. An affinity to the ‘safety’ brand, if you will – something that will last a lot longer than a short, sharp shock, and deliver long term positive behaviour change.

Contrary to popular belief, it appears you can not only kill people with kindness – you might be able to save them too.