OPINION: Do you work for a dead business walking? 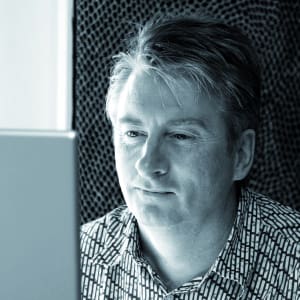 Everyone knows the way to lose weight is to eat less and exercise more. Yet year after year most Australians are getting fatter. Fatter people aren’t as healthy. Fatter people die earlier than fitter, leaner people.

A whole industry makes money out of fat. Fitness clubs. Personal trainers. And diets. None of it works over time. The stats prove it. It’s not enough to know you have a problem. Personally I have never been better educated, yet I’ve never been so overweight.

Science has shown only cognitive behavioural therapy ensures long-term positive change and a healthier longer life as an ex-fatty.  Twenty-one days of mind reprogramming is just the start to breaking the usual fatso habits.

Business as usual doesn’t work. How long till the business you work for dies?

Australian businesses are fat. They aren’t fit enough to cope with today’s rapid pace of change and increasingly complex issues. They don’t exercise their brainpower by trying something new. And like most of us with a weight issue they are looking for the quick fix.  So they outsource it.

The diet industry equivalent in this instance are the service providers, from the Deloitte pre-prepared meal programs and the peddlers of management boot camps, to the efficiency fitness trainers selling the benefits of Sigma 6 and Lean. Even the language is the same as The Biggest Loser.

The answer for struggling businesses isn’t in doing the same things more often, or paying more personal trainers to lift your motivation. Nor is it enough to reduce the excess fat by cutting costs. Stomach stapling the business results in staff suffering reflux, hunger pains and mental stress for no performance improvement.

Here’s how it works and why most businesses are doomed to die early. It starts with the owners of the business recognising they have a problem. An attitude problem. Their brains have been thinking the same way so long their synapses have turned a well-worn groove into a rut of superhighway proportions. The problem is, it’s now a road to nowhere.

The new business opportunities aren’t where the brain has become accustomed to drive to, every category is seeing their marketplace become a ghost town. Today’s marketplace is somewhere new, and management not only don’t know where it is they don’t have a map to show them how to get there.

The new destination is growing, profitable and exciting. It’s enabled by the internet and feeds on new ideas made possible by software as a service, unified comms and the cloud. The new place isn’t a city or a country or a category, it’s everywhere and anywhere the customer happens to be, 24/7.

Now every customer or prospect can pick and choose what they want via a mobile device. From cat food to cars, retirement plans to restaurants, research and purchase without talking to a salesperson.

Yet business owners continue to think the value of their business is existing fixed assets and legacy systems, current supply contracts and distribution arrangements, proprietary processes and procurement systems. Australian managers continue to tweak a little here and there around the edges of their business models. Generally, the bigger the organisation the more cholesterol blocked the arteries of internal management and external communication.

Fat dead men walking the corridors of offices around the country are about to be knocked off by fit and nimble female and new age male entrepreneurial thinkers who are open source and open minded.

So what do our business leaders do? They buy another diet book, like the biography of Steve Jobs. What they don’t realise is reading about Apple is as relevant to middle managers as middle aged men reading about Usain Bolt’s exercise regime. Apple was a challenger brand from day one. It was in the DNA.

The answer isn’t reading a book on what someone else has done. It comes from doing what hasn’t been done.  It comes from the confidence to try something new with a willingness to fail. Accepting you’re likely to fail again and again. Because continuing to do what you do now is guaranteed to fail. While with every new thing you try your chances of discovering a winner increases.

Changing your habits and practising to do what doesn’t come naturally, every day is the proven method for success.  It’s making a habit of taking small risks often so you don’t stand still and become another Kodak. The proof is in understanding how Fujifilm could innovate itself a future as a cosmetics company.

Fifteen years ago Kodak entered a death spiral, from a global peak in 2000, camera film sales dropped 90% in 10 years as the digital revolution swept the world. “We’d known it was coming since the 1980s,” says Yojiro Yamashita, general manager of Fujifilm’s life science products division.

Kodak didn’t make it, going bankrupt last year. Fujifilm not only survived but emerged into the digital world of today with a series of innovative new businesses.

Fuji recognised what its true strengths were says Tomoyuki Yamazumi, a cosmetics industry analyst for the research firm Fuji-Keizai. “It had the financial power plus a strong marketing ability and existing ties to consumers.” One of the small risks Fuji management took was launching a cosmetics range in 2007. By 2010, sales of Fuji’s upmarket Astalift brand were already over $100 million a year. By 2018 the company is looking to increase skincare and supplement sales by ten times that.

Look around your business. Are you a Kodak, or can you recognise your strengths, try something new and innovate your way to a future as a challenger brand?