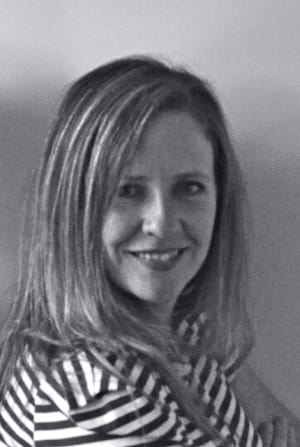 Routines and rituals rule our lives, from drinking coffee, dieting, banking to social networking and exercise. We’re hard-wired to find ways for our brain to reduce effort and simplify our lives. But what effect do routines and habit have on consumers’ buying behaviour, and what’s the impact for marketers?

We sought to explore this further in our recent study, Consumers Buy on Autopilot, which revealed 46% of people’s daily lives are based on habit. The research also found that 80% of mothers create rituals to make their lives easier and 65% agreed that when they find a brand or product they like they stick to it.

Women told us they shop at the same supermarket, park in the same spot, walk the same aisles and buy the same products. That is, they operate on auto-pilot. It’s a powerful reminder that consumers are less consciously engaged in product purchase decisions than we typically assume.

The study throws new light on the power of habits to drive brand loyalty. Based on the findings, there needs to be a fundamental shift in the way marketers think about and market to their consumers.

Traditionally the 'Audience, Interest, Desire, Action' model has been used as a simplistic reference to entice prospects to make a purchase or take a desired action. It dictates that a product or service must first grab the target audience’s attention and engage their interest. Then it must build a desire for the product offering, which may result in action being taken by the prospect. This model lends itself to group consumers as rejectors, considerers, loyalists and brand lovers.

The AIDA model insists you start with creating awareness to promote your brand – but consumers aren’t looking to build a consideration list. They’re not making conscious decisions about what to buy or what not to buy. Rather, they’re simply acting on habit.

To understand how to shift product consideration and grow market share, brands need to look at habit formation and how to strengthen or disrupt it. Habit is made up of three parts: the cue or trigger; the routine, and the reward.

If brands can determine if it’s the cue or reward that drives the habit, they can then develop strategies to strengthen or disrupt the habit. Procter & Gamble has applied the science of forming habits to many of its brands including its Febreze deodoriser which it launched with a neutralised odour.

Initially it bombed because there was no ‘reward’ for people’s cleaning habit – a fresh-smelling house. So a fresh-smelling odour was added, the product was repositioned and two months later sales doubled.

Tontine also did a great job of shifting a pillow habit by putting a use-by stamp on their pillows. This disrupted the habit of keeping pillows too long by reminding us that pillows have a shelf life and need to be replaced – just like you need to change the batteries in your smoke alarm.

The key is knowing how habits are formed and identifying the cues and rewards that help consumers crave your brand. Understand this and you’ll drive improved brand performance.

Now, time for a coffee break.