OPINION: Build it and it will come 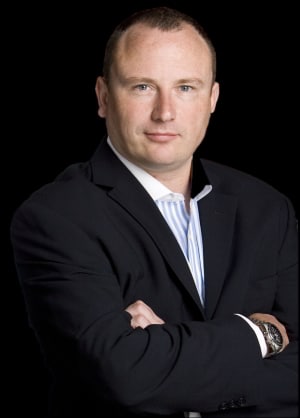 Not a reference to the Kevin Costner Field of Dreams movie, but last week's news of Julia Gillard’s $1 billion investment in boosting Australian innovation, productivity and competitiveness, which made for interesting reading.

Productivity is a national issue, but even within the microcosm of the media and marketing sector this has never been more important. Rapid technological change combined with exponential data capabilities advances and a significant and evolving shift in consumer media consumption patterns mean that the ability to innovate business models and practices is no longer necessary for a business to just thrive, but imperative for its ultimate survival.

However recognising the need for innovation is one thing, creating an environment in which you encourage and reward it whilst ensuring that business goals and targets in the here and now continue to be met is the real challenge and requires deliberate thought and planning. It has to be part of the business plan, not an addendum. After all, innovation rarely happens in a vacuum and it won’t just happen on its own. It requires time, money and effort, as well as the alchemy of hiring the right people at the right time.

Getting the human capital right is key. As we enter the world of Big Data we will need to become proficient in areas hitherto confined to large consultancy firms and beyond; the physicists, bond traders and engineers of this world. Expertise in the areas where the market is going is imperative to have on board before the market arrives at its destination. Otherwise you risk becoming at best irrelevant and at worst obsolete.

This is borne out by a recent study in The Harvard Business Review which looked at America’s largest companies to see how they had addressed the need to embrace digitalisation. One of their four categories looked to see if their leadership, both CEO and Board, has deep digital experience. Few companies had what was determined to be highly digital boards, but those outside the tech space that had sought to make digital appointments were the ones that were performing the most successfully. To survive digital (and therefore, data by implication) Darwinism they recognised the need to act swiftly and decisively.

In addition to planning and people, the processes that lead to innovation can often be fundamentally transformed. I was reminded of this when listening to a presentation by Junk Bond creator turned philanthropist, Michael Milken on his US based ‘Faster Cures/The Center for Accelerating Medical Solutions, a non-profit think tank that is seeking to improve the effectiveness of medical research by analysing the barrier to progress and overcoming them.

Now this sounds a little tangential and I’m certainly not equating what we in the media and marketing fraternity do with the cure for cancer but I was struck by two things which are relevant for all sectors of industry. Firstly, it is a compelling example of how it is sometimes necessary to take a step outside of ‘how things have always been done’ and radically rethink barriers to change. And secondly, it has determined that although most breakthroughs were made by those in their 20’s and 30’s who are passionate, hungry and not yet bogged down by ego or disenchantment, the majority of investment funds goes to an older more experienced demographic; a timely reminder that you have to empower and incentivise all layers of an organisation if you truly want to foster innovation capability and make real advances. Last week’s Fast Company magazine that showcases the world’s Top 50 most innovative companies (Nike was #1) bear testament to that.

As the outgoing chairman of the productivity commission, Gary Banks outlined in his final speech late last year, no single policy will offer the secret to success but that “Rather, what is needed is an approach to ‘productivity policy’ that embraces both the drivers and enablers of firm performance and is consistently applied.” For my money that means looking at every dimension of an organisation and defining a clearly articulated roadmap as to how we inspire and enable innovation that works from the bottom up. Steve Jobs once said “Innovation….is about the people you have, how you’re led, and how much you get it”.

Whilst the $1bn stimulus is a great shot in the arm that will hopefully help an economy which seems in no hurry to emerge from the doldrums, this is really a moment of exploding opportunity for those prepared to embrace change. Now is the time to get that right and if you ‘don’t get it’ in this climate then you are unlikely to get a second chance.