OPINION: Be judged on your output, not your chromosomes 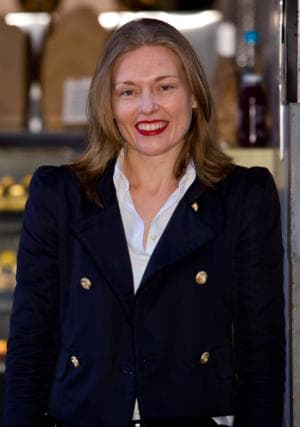 With Collective's Dominique Hind believes everyone should be judged on their output.

There’s a lot of conjecture about gender bias in the advertising industry at the moment and, with the risk of being contentious, I think the industry should focus on the impact you make, rather than your gender. Irrespective of sex, it’s tangible output that drives a career forward.

Firstly, let’s clear up the myth that there are no women at the top, or in senior management positions, in Australian agencies.

Many amazing women have successfully made it to key positions in high profile agencies. 10 senior women who immediately spring to mind are:

At With Collective, 71% of our senior management team are women with two recent female promotions – Hally Lara appointed to the role of general manager and Lauren Boyce to the role of client services director. Both were promoted for the impact they have had on the business, not because they happen to be women.

What all of these women have in common is a no-nonsense attitude to business and, from what I can see, are happy to be judged on their output and impact to an agency. To my knowledge, none of them has ever played the gender card.

Throughout my career, I’ve met a lot of women who believed they’d get noticed if they worked late night after night when in reality they could have gone home hours earlier.

This seems to have led to resentment towards senior management that has eaten them up, negatively impacted how they engage with others and ultimately limited their careers – especially when it came time for promotions and reviews. A lot of these women became outraged when they were overlooked after regularly putting in long hours. One thing I’m very focused on as a manager is that time at your desk doesn’t necessarily equal a promotion. A promotion should only be about the positive impact you’ve had on your agency and clients.

From experience, a lot of women are hesitant to engage effectively with senior management and, humbly, merchandise their value in comparison to their more assertive male counterparts. This doesn’t mean you need to become the squeaking, annoying agency girl always seeking attention. It means focusing on how to more meaningfully engage with the decision makers in an agency structure and standing up for yourself when you need to.

Focus on your impact

A lot of women don’t keep a constructive scorecard on what they’ve personally achieved for their clients and for the agency business in terms of KPIs. It’s the responsibility of every agency staffer (not only females) to be more self-aware. Know your achievements and if you don’t think they are impressive, why would anyone else? It is worth keeping a structured track record of tangible achievements such as successful campaigns, client satisfaction, account profitability, organic revenue growth, creative awards and projects you’ve managed from start to finish.

There’s nothing more delightful than reviewing a team members’ personal progression over time and seeing they’ve owned their career.

Where the agency business falls short, is in providing a structured, professional approach to career management and progression. The more progressive agencies are evaluating all of their staff (both male and female) across agreed KPIs. These KPIs should cascade down from the agency’s overall business goals. All staff should be happy to be judged on their impact and promoted for what they tangibly achieve. If your agency doesn’t have this, ask ‘why not?’. If you are not engaging effectively with your direct report, then respectfully engage their boss, asking, ‘what am I judged on and how can I be more successful?’.

The key to getting promoted or getting ahead – irrespective of your gender – isn’t in being a shrinking violet hoping someone will notice you sitting at your desk late at night, night after night. Focus on what you want and where you want to be. Own your career, know what you want out of it, work towards that, and you may become one of the most powerful people working in advertising today.