OPINION: An open letter to the Australian advertising and media industry 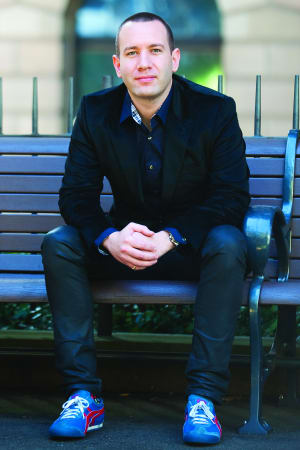 All too often our industry is at war with itself. We argue tirelessly. We relentlessly undercut one another. And worse still, there is nastiness and bullying on our industry websites that puts other “professions” to shame.

So, in a business best characterised by its divisiveness and infighting, the times when we unite are rare and pretty special.

There was one such moment recently when the industry came together to help a staff member of ours, Will Chapman. At only 20 years old, Will was in desperate need of a double lung and heart transplant. His doctors had placed him on the donor organ waiting list but things looked bleak – the list is long, and in Australia we have some of the lowest rates of organ donation in the world. Will was told that without a suitable organ donor, he would be dead by Christmas.

Despite the seemingly hopeless situation that confronted him, Will refused to give up. With his health deteriorating, to the extent that he needed an oxygen tank to help him breathe, he set about creating his own campaign to educate us all about organ donation. He bravely and selflessly used his own story to bring a human face to the thousands of Australians on waiting lists and encouraged us all to talk to our families and friends about our organ donation wishes. That’s because, in Australia, even if you choose to be an organ donor by ticking a box or completing a form it’s ultimately your family that has the final say.

Will’s remarkable campaign was embraced in a way that restored my faith in our industry. Our staff rallied around him and you did too. People organised fundraising events and held charity auctions. Every major media owner in the country donated space and ran his campaign. Yes, every single one.

Together, we got Australians talking about organ donation. It was in the news and on Facebook walls. People tweeted about it. The campaign was seen at bus stops and on billboards. My parents saw it at the movies, my sister read about it in her favourite magazine. My friends knew all about it too.

In our busy lives, it’s easy to forget how enormously influential we can be when we work together. Everyday our respective businesses persuade people to change their opinions and behaviour. We wield immense power and with it can transform lives and genuinely change the world.

Just over a week ago, Will Chapman - against the odds - received his double lung and heart transplant. He received the most precious gift of all - life itself.  An anonymous stranger gave him this remarkable gift and an amazing family honoured their loved ones wish to give life in death.

Will Chapman will never get to know or thank his donor.

He will also never know whether the incredible strength and courage he found to create his campaign, together with the support of our industry, helped influence his donor or their family.

I like to think it did. I hope you do too.

There’s one thing I know for certain. The world’s a better place with the wonderful Will in it.