OPINION: A tale of Nollywood action 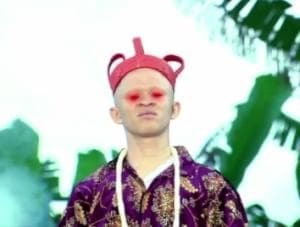 The theme of this year's Caxton Seminar and Awards is the power of storytelling, so we wanted to tell the story of the Caxtons and make it a tale that you could literally take part in by entering the awards.

We were also keen to acknowledge the universality of storytelling across every culture. In the end, this is what led us to partner with some Nigerian filmmakers to produce a Nollywood action film, Enter the Caxton.

Inspired by the Bruce Lee classic, it's the story of a yearly contest on a forbidden island where warriors battle it out to determine the best of the best. This year’s actual judges and finalists from the Australian ad industry are written into the script – Evil Chairman Ant Keogh is played by Emmanuel Tugbiyele.

Nollywood films are now often made with higher budgets, but the early days of the industry proved that big money isn't required for compelling and enormously popular storytelling. Movies are driven across the line by the passion of the filmmakers, making things work on the fly. If production values are sometimes low, it doesn't seem to bother audiences. They would rather hear their own stories told roughly than have Hollywood forced on them, despite all its high gloss. We found that massively inspiring.

It's not often in our industry you get a chance to take a genuine risk or the opportunity to work on something with so much freedom, so obviously we're very excited. The process has kind of been a story in and of itself.

There are some challenges involved in working with a production culture that you're not used to, but not as many as you might think. If you share a story with someone, and they like it and get excited by it, then suddenly you're on common ground, even if that ground is geographically and culturally distant.

The 2012 Caxton Seminar and Awards will be held from Friday 12 October to Sunday 14 October at Hamilton Island in the Whitsundays.

Booking forms for the event are available from: https://secure.twodeforce.com.au/caxton/