OPINION: 2013 not the next year of mobile, it's the year of the personal retail assistant 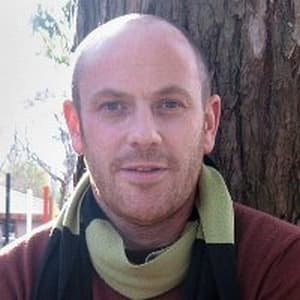 Car dealer: So just the paperwork to complete now sir. That'll be $39,990 drive away with air.
Customer: (holding out smartphone) Can you beat this price that I can get it for online?
Car dealer: (grimacing before reluctantly nodding) Ok then…

We've all been there. (Ab)using our phones whilst out and about shopping. Checking prices so covertly that you almost feel as guilty as you would shoplifting, to then be replaced by arrogant smugness when you’ve found what you're looking for - and it’s cheaper!

When InMobi published its first wave of mobile media consumption data back in March last year, usage whilst out shopping was low, and certainly a good way behind more widely acknowledged consumption behaviours such as accompanying TV watching or whilst in the bedroom. Less said about the latter the better.

By the time we got to the back end of the year, and published our second set of consumption data in October, usage during shopping had practically quadrupled. A rate of growth that far exceeded the other behaviours we were looking at. What was also interesting was that the growth of mobile advertising influencing the purchase funnel showed the largest jumps down at the pointy end. This is no coincidence.

More and more consumers are becoming increasingly comfortable with purchasing on their phones and tablets, and in 2013 this is set to continue – the year of the Personal Retail Assistant. Why? Because other more obvious uses such as social networking are already high, so have no real room for substantial growth.

We’ve already started to see some interesting signs this year. Just over a week ago, I presented the findings of our recent mobile automotive research at an IAB event in Sydney. When thinking about purchasing a car, it was no surprise to see that 81% of our respondents envisaged they’d use a smartphone to locate a dealer. What was more of a surprise was that even for a ‘big ticket’ item such as a car, 83% of respondents thought they’d ‘compare prices’.

And when we look specifically at mobile advertising, we were amazed to see that the top result for content within ads that you’d most likely click on was sales and promotional offers. Substantially ahead of the second result, new product info.

What’s interesting about this appears to be the growing expectation of consumers to be served content around a behaviour that’s developing from the device utility – irrespective of product or service. I’m willing to buy, so just give me a reason.

I wonder then why we’re still not seeing the level of dollars that ‘mobile’ deserves, considering that by 2014 there’s a very good chance that it will be our first screen. Is it that we’re just trying to think too hard about all of this? Do we always really need to create complicated rich media executions in the name of ‘awareness’? Brands are willing to spend. They just need to see the ROI.

For brands that can, perhaps keeping it more simple and facilitating the actual sale will give them the best ROI metric of all. ‘Buy now’.