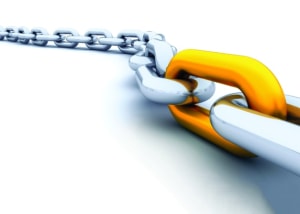 One-third of programmatic supply chain costs are unattributable with publishers receiving only 51% of digital ad spend according to a new landmark study from UK advertising industry body ISBA.

The first of its kind, the study revealed that 15% of advertisers' spend could not be attributed for, falling under the category 'unknown delta' and making up one-third of the supply chain costs. 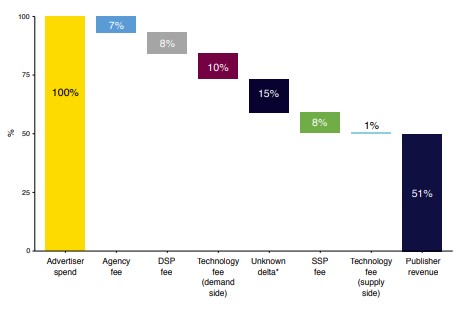 In the sample of 31 million matched impressions, the winning bid in the DSP often does not match the gross revenue recorded in the SSP.

This ‘unknown delta’ averaged 15% of advertiser spend. The study shows that even in a ‘disclosed’ programmatic model, around one-third of supply chain costs remain undisclosed.

The study also revealed that verification tools were used widely but inconsistently.

The most commonly used tools were post-bid monitoring and exclusion lists.

Two key recommendations from the study were determined for advertisers, publishers and the industry as a whole.

Firstly, standardisation is urgently required across a range of contractual and technology areas, to facilitate data sharing and drive transparency.

The second is that all industry participants should collaborate to further investigate the unattributable costs and agree industry-wide actions to reduce them.

IAB Australia has plans to review the findings and recommendations of the UK study to assess ways that the local market can learn and improve from the report.

"The IAB locally and globally has been championing transparency in digital advertising’s value chain to ensure we have an efficient, effective and sustainable industry," Le Roy says.

"Recommendations within the report that IAB Tech Lab Standards such as sellers.json and OpenRTB SupplyChain object are adopted by the market to improve transparency are welcomed by IAB Australia. A range of transparency and education local initiatives can be found under the Standards & Guidelines section on the IAB website.

"IAB Australia recognises the challenges that the complexity of the digital advertising value chain presents, however programmatic advertising plays an important part in supporting an ad-funded open web.

"Ad technology can be a powerful lever in improving automation and efficiency for publishers, agencies, advertisers and consumers however industry alignment around standards, harmonisation and collaboration should be used to address many of the issues identified in the ISBA report.

"The Australian market is by nature very collaborative and the IAB is confident that we can be world leaders in driving adoption of transparency standards.”