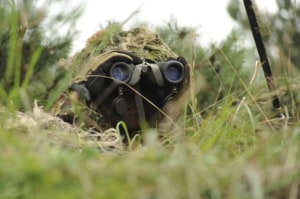 Omnicom has raided Dentsu to hire Clement Tsang following the unexpected departure of Darren Stein as CEO of Annalect.

Stein, seen as a high achieving business builder, did not reveal his next move, only saying an "unexpected opportunity" prompted his departure.

His replacement, Tsang, is currently the GM of global media partnerships and innovation at Amplifi, ANZ. He is due to switch to Annalect at the beginning of October.

Tsang and Stein are no strangers. Stein hired Tsang at IPG Mediabrands' Cadreon to lead the consulting practice.

“I am grateful to Darren who has not once but now, twice given me the opportunity to demonstrate my technical and strategic capability," says Tsang.

"I am looking forward to working with the leadership team at OMG (Omnicom Media Group) and felt the collaborative culture through the interview process.”

Stein leaves the Omnicom business after almost 2½ years in the role.

He was brought in to reshape the analytics, data and tech offering for OMG and has built market leading capability across marketing science, analytics, business intelligence, data & tech consultancy and DCO.

Peter Horgan, OMG CEO (ANZ), says an extensive search landed on one of the few executives in APAC -- Clement Tsang  -- with deep technical expertise and a strategic vision for how a data and technology consultancy can future proof our client’s business.

Horgan thanked Stein for the impact he has had on the business. Stein grew revenue by 54%, raised engagement by 16%, halved churn and dramatically elevated employee capability through improvements to hiring practices, training and accreditations.

“Darren has played an instrumental role in standing up a fully-fledged, five pillar consulting offering for the group and many of our clients, from midcaps to enterprise businesses have experienced the impact and project ownership first hand," says Horgan.

"The pace at which he achieved this evolution in Annalect is nothing short of remarkable and he leaves with our sincere thanks.”

Stein: “I would like to thank Horgs for his unwavering support and trust over the past couple of years. Together with his backing and the incredible caliber of talented people that now sits in the business, we have been able to prove a specialist model that can compete with the large consultancies on both quality and price as well as be held accountable through to activation.

“An unexpected opportunity was presented to me that I could not walk away from, despite how I feel about the team at Annalect and the leadership at OMG.”

He will remain with the business until September.