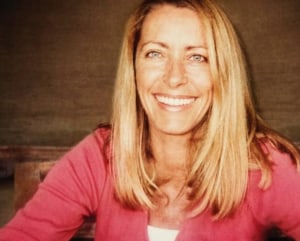 The advertising industry has paid tribute to Maureen Kerridge (formerly Plavsic), the first woman to become head of a television network, who died after a long fight with cancer.

She is survived by her husband, investment banker Keith Kerridge.

Plavsic was director of sales at Seven when in 2000 she was appointed CEO and managing director of the network, a role she held for three years.

She also worked at Unilever and John Singleton Advertising, and later had a long career as a non-executive director including at Macquarie Media and the National Gallery of Victoria.

Adman John Singleton and retailers Gerry Harvey and Katie Page recorded a tribute for the funeral at St Brigid’s Catholic Church, Coogee, according to the Daily Telegraph.

Page: “We’re here today because our very special and wonderful friend Maureen would have loved the three of us sitting on a couch talking to you today about how Maureen affected our lives in different ways.”

Maureen made a deep mark in the industry as CEO at Seven.

Belinda Rowe met her when they were both CEOs doing business together. Rowe was chief executive of ZenithOptimedia and a board director at Mojo.

"I was in awe of her as the first female CEO of a free-to-air television network globally," she says.

"One of the most memorable moments was her leading the Olympics to a roaring success for Seven. Maureen audaciously packaged the Olympics sponsorship at the most extraordinary price.

"She was renowned for her brilliance at numbers coupled with her elegance in building strong and meaningful relationships – we were all captured by her ‘pitch’ and her vision. She delivered an amazing $130 million across 17 days, an amount that won’t be beaten. She transformed Seven's culture and turned the Seven network into one of Australia's most recognisable brands in Australia fundamentally.

"When she left Seven, her success and respect led Maureen to being snapped up into company board roles where she continued to shine. But she always kept her personal life very separate to her business life where she also flourished with her support for many causes and people. We always learnt so much from Maureen’s journey – always strong, driven and living life to the fullest – constantly planning and moving forward.

"In anyone’s life it is very rare to have such an extraordinary colleague and great friend who was so inspirational, accomplished and incredibly generous that she will be missed by many."

John (Steady) Steedman, the former COO of WPP AUNZ, says Maureen was well liked and respected, both professionally and personally.

“I had not seen or spoken with Maureen for some time; however, I often reflected upon our times together,” he says.

“I had the pleasure of working with Maureen when she was my client and when I was hers. Working closely with her during her time at Unilever, I recall many training days we ran jointly for the marketing department.

“I found her to be an inspirational presenter who all learned much from. In Maureen’s roles at Seven our dealings were always transparent and fair.

“Over the time we formulated many mutually beneficial deals, from annual agency arrangements to Nutri-Grain Iron Man Series to Olympic Sponsorships.

“Maureen has left us too soon, however, the memories will remain with us all. Vale Maureen Plavsic.”

Greg (Sparrow) Graham says he was very fortunate to meet Maureen as the client at Unilever during his JWT days.

“Maureen always valued the media craft and the positive impact it could have on the growth of Unilever brands,” he says.

“Later we worked closely together when she was the sales director and then the CEO of the 7 Network.

“Maureen was a trailblazer in the media world, her leadership was incredibly professional and inspiring with a brilliant collaborative approach for clients and agencies.

“I will be forever grateful for Maureen’s friendship both professional and on a personal level plus the empathy and kindness she shared.”

According to the Daily Telegraph, Kerry Stokes, the chair of Seven, said: “I’m very saddened by the passing of Maureen. We had a long and wonderful relationship and she was the best marketing executive in the Australian TV industry and the first female chief of a network."