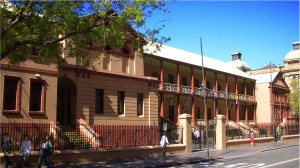 The NSW Government has formed a five agency roster to handle its circa $70 million advertising budget in a new model that splits campaign work across several agencies, AdNews can reveal.

A bespoke WPP/GroupM team has been chosen as the master media agency (MMA) but will only focus on negotiating rates, non-campaign work and government expenditure reporting. This is a departure from current practice where the master agency carries out campaign buying.

AdNews understands campaign planning and buying will be split between four 'communications agencies' who will each be assigned to specific departments and campaigns.

These are the incumbent UM, OMD (which AdNews understands only nominated for the CA component), Atomic212 and Havas, which will focus on specialist digital and social media services.

At the time of writing, it was unclear which departments would be assigned to the different agencies, but the new approach is a radical shift from the current model that places the bulk of buying in the hands of one master agency.

AdNews understands the roster approach, which is commonly used for creative agencies, is designed to provide government departments with a more efficient and seamless service from a single media partner rather than dealing with separate planning and buying partners.

This may work well within a department, but could create an inconsistent approach to planning and execution between departments.

In other states, the master media agency usually handles the bulk of campaign work and buying responsibility. In Victoria, MediaCom won the government's circa $90 million master media contract yesterday.

The Federal Government has also lodged an approach to market, which is the first step in its media tender process.