Not happy with ‘No worries, Jan’ 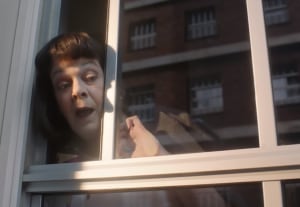 It's a case of not being happy with an ad by Darrell Lea imitating the Yellow Pages’ classic "Not happy, Jan".

The chocolate group has withdrawn its ad after Sensis issued a cease and desist letter.

The first ad by Yellow Pages, which is owned by Sensis, was originally aired in 2000 and created by Clemenger BBDO Melbourne.

Darrell Lea sought to leverage this iconic line in an ad released this week by Melbourne-based creative agency Akkomplice.

In its own twist, Darrell Lea’s ad uses the line "No worries, Jan" as the much-loved Deborah Kennedy eats a Darrell Lea chocolate bar to calm herself down.

Sensis was quick to respond, issuing a cease and desist to Darrell Lea, Akkomplice and the major TV networks, Seven, Nine and Ten, to stop them from airing the ad.

Sensis says that while it’s flattered by the imitation, the ad was done without its consultation or approval.

James Ciuffetelli, Yellow executive general manager, says it was a total shock to see its character Jan being used in another brand’s ad.

“By imitating our ad, we believe it is misleading to consumers. It’s clear on social media that a number of people believe Yellow Pages has endorsed this campaign which is not the case,” Ciuffetelli says.

“It is important for advertisers and agencies to protect their work, creativity and innovation. This advert is so loved we feel we share it with the Australian people, and we believe it is right to protect this from being cheapened to sell chocolate.”

“No worries. Sensis! Seeking to communicate this message, we wanted to celebrate a classic Australian television ad and give it a modern twist,” a Darrell Lea spokesperson says.

“We wanted to give an iconic ad a new lease of life and from the comments we received, the response was extremely positive. However, today Sensis has demanded that we shut down our campaign through its lawyers.

“We were particularly delighted when the Sensis social media team posted their support of our ad across their social media channels yesterday (Wednesday 29 May).

“In the spirit of Darrell Lea ‘Makes It Better’, we will be cancelling the ads and sending a big box of chocolate their way.”

The chocolate maker told consumers who enjoy “a new take on life” to stay tuned, hinting the campaign is quite over yet.

The original ‘Not happy, Jan’ for the Yellow Pages

The recent ‘No worries, Jan’ for Darrell Lea