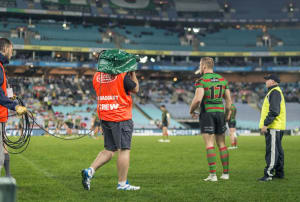 Nine has reported strong revenue at the start of the NRL season.

Nine has reported the strongest start to an NRL season in revenue terms, adding new major sponsors and growing the number of advertising packages it sells.

Adding cream to a solid sponsorship revenue base has been unprecedented interest in advertisers that have taken out season long packages.

Nine Network sports sales director Sam Brennan tells AdNews it's been the strongest start to an NRL season the free-to-air broadcaster has ever had, despite more competition from Fox Sports, which has beefed up it's coverage to show every game.

“We haven't seen [any impacts of Fox Sports competition] yet, it's been our strongest start to a season. I think we are running our race and doing a good job of it,” he says.

“Marks has definitely exceeded our expectations from a revenue point of view, and we're finding advertisers are far more prepared to lay down their session at the start of the season. We've had half a dozen major packages that are not too far off what a sponsor would usually spend.”

Brennan says he expected some advertisers to wait and see how simulcasting league coverage against Fox Sports would affect ratings, but so far the audience figures have been strong.

And the extra coverage on Thursday and Friday night has helped Nine get off to such a strong start.

“What those pre and post games allows us to do is commercialise great content we've created in partnership with our clients. Branded content, you might call it that is relevant to rugby league and rugby league audiences,” Brennan adds.

This season, there will be a few new camera enhancements and Nine will introduce around State of Origin. These include 3D rendered imagery, which will have a commercial partner.