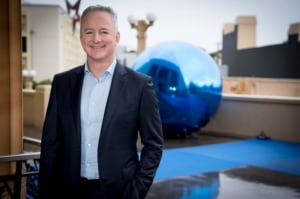 Nearly 100 people will lose their jobs off the back of the mega media merger of Nine and Fairfax.

In a note to all Nine and Fairfax employees this morning CEO Hugh Marks shared the finer details of redundancies, redeployment and senior leadership for the combined entity.

In total 144 roles will be made redundant due to duplication and some vacant positions will no longer be required, which impacts approximately 92 people.

“We have spoken to or will speak to those affected as soon as possible so that all employees have clarity and certainty before we commence operations as a combined business,” Marks said.

The new media business, to be known as Nine, will be official from 10 December and follows approval from the Federal Court  last week.

Marks said where appropriate the aim is to “immediately redeploy affected employees” but if this is not possible they will have immediate access to outplacement services and support through the Nine and Fairfax Employee Assistance Programs.

“By the end of the coming week, we will have completed most of the work needed in relation to “synergies”, including redundancies,” Marks said.

Marks adds that the focus has been on critical day one needs and it is yet to decide the best path forward for duplicate systems such as ERP, HR, payroll, office productivity and content management.

As part of the merger, Nine becomes majority shareholder in Domain led by Jason Pellegrino, and Macquarie Radio led by Adam Lang. Both businesses will remain as separately listed companies with independent boards.

Greg Barnes will proceed as chief financial officer, Michael Stephenson will continue in his role as chief sales officer with Lizzie Young continuing as group director of content strategy, which includes Powered.

Other corporate appointments include Alexi Baker as director of strategy and corporate development; Rachel Launders as general counsel and company secretary and Vanessa Morley as director of people and culture.

“The new corporate structure is designed to strengthen our offerings to audiences and clients, including maximising our combined ability to invest in quality Australian content and journalism,” Marks said.

“We can now move forward with confidence as a stronger and more sustainable business with many new and exciting opportunities ahead."

The group will be organised into four operating businesses:

Australian Community Media, Printing and Stuff – which continues to be led by Allen Williams, managing director community and printing. The New Zealand business, Stuff, will report through to Allen but continues to be run by CEO Sinead Boucher.

Publishing: including, Metro Mastheads, Nine Digital and Events – will be led by Chris Janz as managing director.

Television - led by Michael Healy as director of television.