News Corp posts a loss in the first quarter 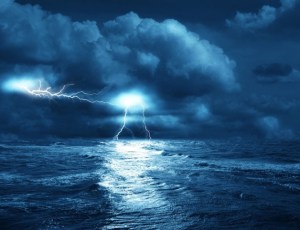 News Corp reported a loss for the first quarter with revenue down 7% to $US2.34 billion.

The company says the decline reflects the negative impact from currency headwinds, a weak Australian economy and the absence of a one-time benefit last year relating to the exit from the Sun Bets gaming partnership with Australia's Tabcorp.

The loss was $US211 million compared to a positive $US128 million in the same three months last year. The result includes non-cash impairment charges of $US273 million.

Revenue at News Corp Australia fell 11% with a "weakness in the print advertising market, primarily in Australia".

Foxtel's subscription video revenue fell 9% to $US51 million but $US34 million of that was due to currency fluctuations.

"The remainder of the revenue decline was driven by the impact from lower broadcast subscribers and changes in the subscriber package mix, partially offset by higher revenues from Foxtel’s OTT products, Kayo and Foxtel Now," says News.

At the end of September, Foxtel’s total closing subscribers were 3.065 million, an increase of 6% compared to last year, mainly due to the launch of Kayo and modest subscriber growth at Foxtel Now

CEO Robert Thomson says the results were affected by pronounced currency headwinds, a sluggish Australian economy and property market, and comparisons with a prior year in which there was a significant one-time revenue item.

"We are pleased to note tangible progress in our efforts to secure payment for our high-quality content from digital platforms, a global cause which News Corp has led for more than a decade," he says.

"With the dominant platforms under intense regulatory scrutiny, there has been a fundamental shift in the content landscape, highlighted by Facebook's decision to pay a significant premium for our premium journalism.

"This development establishes a precedent that changes the terms of trade and we expect a positive financial impact at our News and Information Services segment, beginning this fiscal year."

Thomson says the company is in active discussions about a sale of News America Marketing.

News is also reviewing the potential sale of Unruly.

Thomson also notes lower print-related advertising revenues at the News and Information Services segment, lower subscription revenues at Foxtel, continued pressure at REA Group due to challenges in the Australian housing market, and a difficult prior year comparison at the Book Publishing segment.