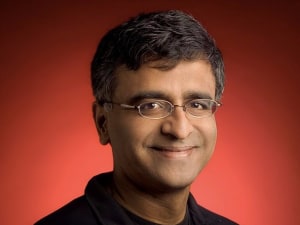 GPJ appointed as experiential agency of record for Synergy

Google’s global head of advertising, Sridhar Ramaswamy, is leaving the business will be replaced by its head of business applications, Prabhakar Raghavan. Ramaswamy will join Silicon Valley VC firm Greylock Partners, where he will be a venture partner. Ramaswamy was promoted to head of advertising in 2014 and has been a key figure in most of Google’s ads and commerce products after joining the search giant 15 years ago. During this period, Google’s ad business grew from $1,5 billion in annual revenues to more than $110 billion. TechCrunch reports that his replacement, Raghavan, will focus on growing and developing products alongside Google’s chief business officer Philipp Schindler. Raghavan joined Google in 2012 and has previously led YahooLabs and held senior technology positions at Verity and IBM Research.