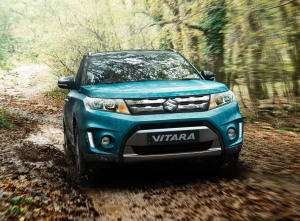 Japanese automotive company Suzuki has launched a media review placing incumbent Maxus Mebourne on notice. AdNews understands Suzuki is considering a number of agencies, including Maxus, and will invite a shortlist to pitch for the business in the coming weeks. In the past year Suzuki spent $15.4 million on media, according to Nielsen figures.

According to The Wall Street Journal, speculation is rife that American cloud computing company Salesforce may be eyeing a bid for Twitter – which could “dovetail with the growth strategy” its CEO Marc Benioff has laid out. It is thought talks are at an early stage, but Twitter has declined to comment. The rumours saw Twitter investors react positively, with the company’s stock rising 21%. Salesforce’s investors were less optimistic, sending its shares down 5.6%.

BuzzFeed's viral Tasty recipes are coming to TV in the US as part of NBCUniversal's $200 million investment in the millennial-focused media company last year. Last week, BuzzFeed teamed up with the Today show to create food segment. During the cooking demonstration the network cut to a clip of a BuzzFeed-created version of the recipe in the style of the site's popular Facebook and digital videos. The segment is part of a bigger package of five "one-pot dishes" for which the two companies created recipes. The content was then pushed across BuzzFeed's social feeds mentioning the Today show.