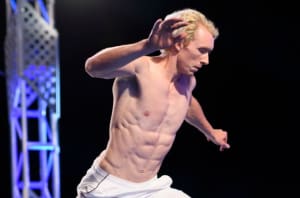 Tonic names new commercial lead
Health and wellness media network Tonic Health Media has hired former Bauer exec Jo Anne Tan as commercial manager. At Bauer she was agency manager, responsible for major accounts such as P&G and Revlon, for the past five years. Earlier this year, Tonic appointment Sam Matheson as commercial manager to lead agency relations in Victoria following its rebrand, the acquisition of TorchMedia’s Digital Pharmacy Network and a major upgrade across its screens in 4500 doctors’ and hospital waiting areas.

Bastion Collective poaches from DDB
Victoria based creative group Bastion Collective has named its first creative director. It has hired former DDB Melbourne group cretive lead Jim Rithcie. With over 16 eyras experince, Ritchie has been recognised at all international awards including Cannes, D&AD, One Show and Spikes. Global chief operating officer for Bastion Collective, Michelle Cox, says: “This is a big move for us as we had rebelled against the idea of a creative director with our own creative solution of The Playground, Bastion’s think-tank for Brainstorming. But as Bastion Collective grows, we recognise that creativity is a craft that is enhanced by an expert steering the process.”