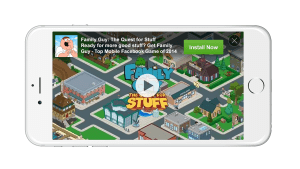 Confectionary company partners with Australian Olympic team ahead of Rio

Multinational confectionery company Mondelez have announced they are the official chocolate, biscuits and spreads partner of the Australian Olympic team ahead of Rio 2016, through brands including Cadbury, Oreo and Vegemite.

“In this partnership we have a very real, collaborative opportunity to make Olympic dreams come true for our young and talented Australian athletes, and help bring joy to their accomplishments,” said de Jong.

In a Facebook post announcing the move, the company said: “We have a deep understanding of what formats perform well and drive engagement in Facebook News Feed and are taking two of our best performing units and making them available off Facebook to further empower Audience Network publishers and help drive results for advertisers."

The event, in its second year, sees an architect is commissioned by the Naomi Milgrom Foundation to design a temporary pavilion for the Queen Victoria Gardens in the centre of Melbourne’s Southbank Arts Precinct. From October to February the space will bring together creative collaborators to present free workshops and performances.

Penso CEO Con Frantzeskos said: “When it launched last year MPavilion proved to be a massive hit and reaffirming Melbourne’s position as the cultural capital of the country.

“We are honoured to be partnering with the Naomi Milgrom Foundation to drive creative development for this year’s event and look forward to sharing MPavilion in physical and digital form with as many people across Australia and the world.”