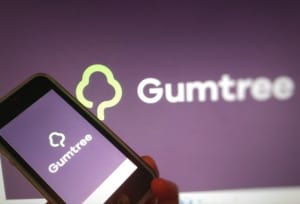 Snapchat closing lens store for sponsored lenses
Snapchat has announced via its blog it will be getting rid of its paid lenses feature starting from today.

There has been speculation the messaging service has likely cancelled the paid apps to focus on sponsored ads, like the recent partnership using the Sponsored Lens campaign to promote The Peanuts Movie.

The messaging platform says users will still be able to use previously purchased lenses, and will still be provided with 10 free lenses per day, some which will be sponsored by companies or new movies.

Messenger the fastest growing app of 2015

Facebook's Messenger app was named the fastest growing app in the US of 2015 according to Nielsen, with the app now sitting as the second most popular iOS app of all time behind Facebook.

800 million people now use Messenger each month, with an average of more than 45 billion messages now sent daily, across Facebook's family of apps. Facebook's VP of messaging products David Marcus says the growth of Messenger could see the death of texting. “Just like the flip phone is disappearing, old communication styles are disappearing too. With Messenger, we offer all the things that made texting so popular, but also so much more.”

AirlineRating.com has announced its top 20 safest airlines for 2016, with Qantas remaining in first place for the third year in a row.

The Australian airline still holds its fatality-free record in the industry.

The other top Australian airline was Virgin Australia, with Air New Zealand also making the top 20.

Gumtree’s first major rebrand since its launch in 2000 will see the brand’s previous tree logo replaced.

The rebrand by creative agency Koto introduces a new logo and brand identity and developments across its mobile and desktop channels. The changes were made to enhance the ‘community’ aspect of the digital brand.

The relaunch is targeted to reach every adult in the UK who uses the internet to be using Gumtree by 2018 and will work across TV, radio, outdoor, digital and social media.

It's likely the rebrand will go global, but it is not yet been confirmed.

Popular brain game maker Luminosity is facing a fine for false advertising after reports the science doesn’t back up the claims that playing memory and attention games can prevent mental decline.

The FTC in the US has gone after the tech brand, stating that Luminosity preyed on consumers’ fears about age-related cognitive decline with the suggestion its game could prevent memory loss, dementia and even Alzheimer’s disease.

The US company has been slapped with a $50 million judgement from the FTC, but it accepted a $2 million settlement.