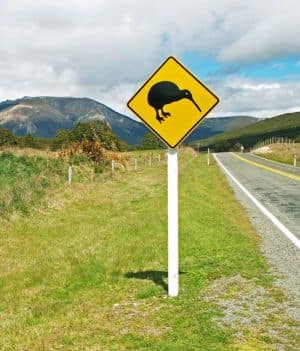 This coming together of the nation's largest media owners will offer media agencies and clients a programmatic option for purchasing online advertising inventory across New Zealand’s leading media businesses.

The move indicates a strong belief in the programmatic being the offering of the future for digitally traded media and adoption at this scale can only be seen as a positive sign for the medium - particularly following the 52% projected worldwide rise in programmatic media sales in 2015 (Magna Global).

Initially advertising inventory will be from the four media parties, with other premium local publishers being invited to contribute inventory to the exchange over time.

Former commercial director of the Guardian Australia, who was the local lead on the Guardian's global premium programmatic private marketplace, the Pangaea Alliance, Duncan Arthur, is now KPEX consulting CEO.

"It's an exciting initiative and the first time NZ media companies have pooled their inventory to provide the necessary scale for a private marketplace,” Arthur said.

"Advertisers want the efficiency of real-time bidding and the certainty that their ads will appear in brand-safe environments next to quality New Zealand content,” says Arthur.

French-based La Place Media’s former MD Fabien Magalon ruffled a few feathers three years ago when he spoke about the first premium seller co-operative and that's been a budding success. Since then country after country is either launching its own co-op, or planning to.

While Australia attempted a bigger stab at it a while ago, it couldn't quite put differences aside and stop squabbling so as a result, splinter exchanges were formed – such as Fairfax Media and Nine Entertainment's APEX and News Corp's MBX.

CEO of APEX, Pippa Leary, said it's a really exciting move and the right thing for the NZ market.
She said as that market is so small it can probably only support one premium exchange – whereas larger markets like Australia, France and the UK can and will support at least two.

“In NZ, due to the size of the market, just having KPEX as the repository of all premium inventory will be very powerful and ultimately the right way to ensure the longevity of quality content in that market,” Leary said.

International GM at tech provider Rubicon, Jay Stevens, said it's also about competing with the “digital giants” that in the at-times conflicted-world of advertising, also seek to make media owners their customers.

“Just the latest example of this has seen Facebook trying to persuade publishers to bypass their own websites and apps altogether, publishing content directly to the social network’s news feed,” he said.

“With 88% of US millennials already getting their news via Facebook, so the argument goes, what do sellers have to lose? Against the backdrop of Google increasing its lead as the world’s biggest media owner according to Zenith, and the ‘big five’ increasing their overall digital advertising share to 50%, one begins to see why publishing names worldwide, previously competitors, are seeing the need to join together.”

Powered by global technology company Rubicon Project, which provides the automation of buying and selling advertising inventory, KPEX will give advertisers access to Kiwi audiences at scale and across a range of publisher platforms – all via a single transaction.

Fairfax Media, MediaWorks, NZME and TVNZ say their decision to work together is about providing clients with a strong local offering.

Health of the local market

“KPEX opens up a range of new opportunities that we were unable to achieve independently, and a viable, local, programmatic ad exchange alternative to what is offered by large international players which is good for the long-term health of the local market,” Arthur added.

“It will also offer unsurpassed access to New Zealand’s local news, lifestyle and entertainment destinations and will help customers solve measurement and other issues with digital advertising in a massive global pool.”

Speaking to AdNews, Aryeh Sternberg, former News Corp ad tech innovation manager, now head of intent marketing at DWA, said this new exchange will provide a wealth of learnings to the Australian market and across the larger APAC region - from new programmatic guaranteed, and preferred and private marketplace deals - to new ways to execute programmatically, such as larger formats and cross-channel targeting.

“The new exchange will undoubtedly offer plenty of chances to learn and improve upon,” he said.

“Australia’s political landscape as it pertains to media standards and online privacy will not abandon their hard line without viable reason. Depending on the impact this partnership makes on the NZ publishers and their brand partners, we can expect to see publishers in Australia begin moving closer to the cross-publisher partnership we all want to see happen.”

On the question of if New Zealand has done what Australia simply could not do, i,e put aside the squabbling etc and all come together, Sternberg said as a smaller and more nimble market, NZ will always have an opportunity to take steps that larger markets may not be able to follow as rapidly.

“We will definitely see more aggregation and cooperation in the Australian market as digital media efficacy continues to prove to be more measurable, more targeted, and better performing. Add in the increasing availability of non-web programmatic technologies like digital out of home and OTT and cooperation will be even more of a profitable opportunity.

“We also have to consider the ANZ market as a whole. The Australian and New Zealand marketing landscapes are inextricably linked with talent and clients jumping between these markets consistently. Fairfax is one of the largest publishing entities in Australia and will undoubtedly be in conversations with their NZ counterparts regarding the impact of this decision.”

Leary added that what is important for any market is that premium inventory is not readily available in open exchanges - and the number of premium exchanges is less relevant than the fact that they remove all the premium inventory.

“This creates a two speed economy between 'premium' and the 'long tail' of amateur inventory,” Leary explained.
“Each premium exchange can then attract buyers with its own unique features - this might be a common type of inventory (i.e. finance, news, sport), data, universal identity, ad tech or ad format innovation.”

Leary said when she spoke to the Audience Square CEO in France earlier this year and asked whether they "competed" with La Place (the other premium exchange) his answer was "not at all".

“In fact he felt the presence of two premium exchanges was beneficial to both, as agencies felt more comfortable spreading 100% of their budgets across two exchanges than with one. He felt that if only one existed many clients and agencies would still be directing programmatic brand spend into the open exchanges. In France this no longer happens, which is a great situation for premium publishers,” Leary said.

All participating publishers in KPEX will maintain their unique, direct sales operations with a portion of their inventory flowing into the exchange for bidding by advertisers. Inventory from these leading publishers will be high quality, trusted content.