Most complained about ads of 2021 in Australia 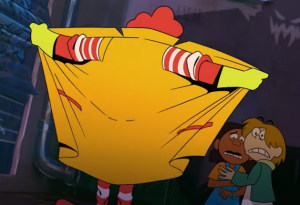 Ad Standards, Australia’s advertising complaints adjudicator, has revealed the ten most complained about ads of the year.

Top of the list was a television ad for a domain hosting business that showed a man urinating on a building which members of the community described as offensive, unhygienic and illegal.

The ad generated almost 300 complaints earlier this year and was discontinued after the Ad Standards Community Panel determined that it breached the AANA Code of Ethics.

Advertisements for broadband services, a burger chain, financial services and an adult toy also made the top ten with concerns raised about language, violence, health and safety, and sexualised content.

Ad Standards received more than 4,500 complaints in 2021 with more than 300 advertisements assessed by the Community Panel against the advertising industry codes.

“Ad Standards gives a voice to community concerns about advertising content on any media, from broadcast and billboards to digital and social media,” said Executive Director Richard Bean.

“Like previous years, the bulk of complaints were about ads seen on free-to-air TV followed by ads seen on TV on-demand and Instagram – reflecting the media and advertising consumption habits of Australians.

“The top concern in 2021 was about sex, sexuality and nudity followed closely by health and safety then discrimination and vilification.”

In 2021 the Community Panel found just over 80 advertisements in breach of one or more of the advertising rules. The rules reflect the industry’s view that advertising content should be created with a sense of social responsibility.

“One of the strengths of Australia’s advertising self-regulatory system is the high level of industry support and compliance,” Bean said.

“The vast majority of Australian advertisers understand the importance of creating responsible ads and comply with the rules and Community Panel decisions.

“This year we also saw almost 40 ads that triggered complaints voluntarily changed or withdrawn by advertisers before being put forward to the Community Panel for assessment.”

2021 most complained about ads

1. 0122-21 – Crazy Domains – TV – Free-to-air
Upheld (2.6 – Health and Safety)
This television advertisement features a man urinating on the outside of a building.
Number of complaints: 285

2. 0089-21 – Aussie Broadband – TV – Free-to-air
Dismissed
This television advertisement shows people in their gardens using a hose. The words 'freaking' and 'bloody' are used.
Number of complaints: 114

4. 0224-21 – Wisr – TV – Free-to-air
Upheld (2.6 – Health and Safety)
This television advertisement shows a man is standing behind a toaster with a fork in his hand. A voice over suggests he uses the “smart part” of his brain to make a “good decision”, rather than using a fork to retrieve the burnt crumpet.
Number of complaints: 86

5. 0288-21 – It’s Normal – TV – On demand
Dismissed
This TV On Demand advertisement features a PE Teacher and Grandmother speaking to camera about adult toys.
Number of complaints: 69

6. 0147-21 – Honey Birdette – TV – Out of home
Upheld (2.4 – Sex/Sexuality/Nudity)
This shopfront advertisement features a woman wearing a black bra and a black collar and pulling on the collar.
Number of complaints: 59

7. 0075-21 – SA Police – TV-Free-to-air
Dismissed
This television advertisement follows a young man leaving a pub and driving home. We hear his self-reflective internal monologue as he drives, ending with the realisation that he is a 'selfish prick'.
Number of complaints: 50

10. 0073-21 – IAG Insurance – TV – Free-to-air
Dismissed
This television advertisement features children discovering that trees have been marked for removal. The children put up signs to raise awareness that the trees are also the koala’s home.
Number of complaints: 17