Mobile ad spend now ahead of outdoor, magazines and radio 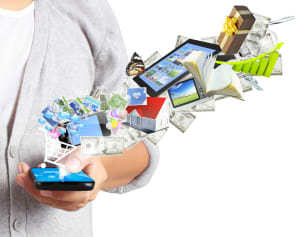 Total mobile ad spend now attracts a larger piece of the advertising pie than outdoor, magazines and metro radio, according to survey results from the the Interactive Advertising Bureau (IAB).

The results come from the IAB's 3rd Annual Mobile Landscape Study and speaking at one presentation this morning CEO of the IAB Alice Manners said this survey has shown the continued increase of mobile usage and revenues.

“Where we're at with mobile is we're beyond that gut feel of: 'Yes mobile is big', those of us who've had to live through 'it's the year of the mobile', it's beyond that,” she said.

“Revenue has started to follow consumer usage. Last year we had a lot of Australian publishers with over 50% of their traffic coming from mobile, but the ad revenues didn't really follow that. Now we're seeing that catch up start to happen,” she added.

To paint of a picture of the growth of mobile, Manners outlined where the channel sits against its more traditional counterparts, and it now is starting to attract a higher total spend than several other channels.

While the IAB didn't reveal what that looks like in terms of dollars, according to the Nielsen's top advertiser report in the current issue of AdNews (17 April) the ad spend on magazines in 2014 was $725 million, metro radio was $738 million and out-of-home came in at $664 million.

The survey of 350 participants also found that the market is expecting a 26% increase in mobile spend over the next 12 months and 41% of marketers now see mobile advertising as a significant part of their marketing and expect to use mobile in half of their campaigns.

Programmatic was also identified as an increasingly important part of mobile advertising, with 66% of respondents using it and a further 23% indicating they intend to use programmatic in the next 12 months.

The study also found that buyers expect to use mobile video in 43% of their mobile campaigns in the next year.
In terms of specific ad units, native and in-app advertising are areas that are tipped to grow over the next 12 months.

While measurement remains the top barrier to increasing mobile spend, just 37% of respondents named it as a challenge, down from 54% the previous year. Viewability was reported by just 14% of buyers as a barrier.

Creative development was again highlighted as a challenge with a particular increase in concerns around creating effective cross-platform creative as mobile in increasingly integrated in wider media campaigns.

The study is being realised in conjunction with the IAB launching it's centre for mobile excellence. The mobile centre has been developed as an industry resource providing support and information to advertisers about the ever-growing potential of mobile, as revealed by AdNews in January.

Of the growth of mobile over the past 12 months Manners said: “Mobile is in our hands but what we're seeing now from an advertiser and marketing perspective is mobile is in our heads.”

For more on mobile, look out for the Mobile Special Report in the next print issue of AdNews, out 1 May. Subscribe to AdNews in Print, or get it on iPad.