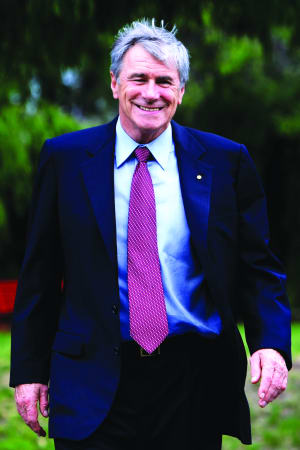 The rich get richer, unless they're in media it would seem.

The latest BRW Rich 200 list is out, and while there are now 19 more billionaires on the list, those within media have seen their portfolios take a haircut this year.

Top of the media pile is Seven West Media's Kerry Stokes, who is now reportedly worth $2.11 billion, which is down $110 million from last year. He ranked in 16th place overall.

Coming in at 45 is WIN Corporation owner Bruce Gordon, who has amassed a personal wealth of $1.06 billion, down $40 million from last year.

Media heavyweight Harold Mitchell also took a haircut on his personal wealth of $375 million last year, down to $362 million this year.

However, fellow media identities John Singleton and Reg Grundy managed to grow their wealth this year, with Grundy worth $809 million and Singleton now worth $401 million, up from $370 million.

The woes of messrs Stokes, Gordon, and Mitchell however pale in comparison to the woes of mining magnates during the year, especially those connected with the iron ore industry.

Topping the list on the BRW rich list was Gina Rinehart, who has a personal wealth (as it stands) of $14.02 billion, down from $20.01 billion a year ago, while fellow magnate Andrew Forrest's personal wealth dwindled by more than 50% for the year due to a weak iron ore price, down to $2.83 billion.