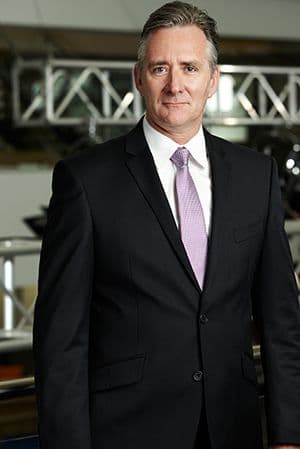 The Australian managing director of Hyundai and Kia’s global in-house ad agency, Innocean, Mike Morrison, has split with the company and is launching legal action.

Innocean and Hyundai executives refused to comment to AdNews but at the heart of the acrimonious parting is understood to be a clash of cultures pitting the conservative, hierarchical nature of the Koreans against the more direct approach typical of Australian management.

Morrison, who served a brief and somewhat contentious stint as Ten Network’s sales director, left Innocean last week after being appointed last year to overhaul the agency and expand its remit beyond servicing the Kia and Hyundai advertising, event and sponsorship contracts. The Korean penchant for building supply chain verticals saw it create its global in-house agency for Hyundai and Korea to have more hands-on input into the estimated $2 billion it spends on advertising and promotion globally.

Morrison hired a raft of new creative, data and digital talent – including former staffers from Droga5 and Wieden+Kennedy  - to spark the more competitive approach in Australia although it appears the new direction and changes met with resistance from Innocean’s local CEO, Kevin Choi.

Morrison confirmed his exit to AdNews and said: “There’s a very big cultural gap between the Australian management group and the Korean CEO and the degree of change needed to be able to bring Innocean up to speed so existing clients are satisfied,”  he said. “Clients are agitating for that change and Innocean needs to act quicker.”

He said any “forward looking” agency model needed to be strong on data and creative. “Innocean required a lot of re-engineering.”

Morrison would not be drawn further other than confirming he was launching legal action against Innocean for unfair dismissal and suggesting it was “very difficult” for Australian executives to bring about necessary change “with the degree of oversight that the owners have”.

Several executives aware of the scenario said it had been evident for several months that Morrison was facing challenges. “It’s been strange for a few months,” said one. “Mike was not at meetings you would expect him to be at. The agency will chug along.” But the source said Kevin Choi would need an Australian deputy to deal with language barriers and to ensure Innocean had a decent grasp of the Australian market and its challenges.”

Have something to say? Send us your comments using the form below or contact the writer at paulmacintyre@yaffa.com.au