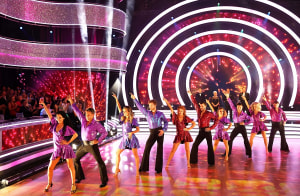 Dancing With The Stars, All Stars

At the mid-point of the 2021 calendar year, the commercial television networks:

Nine says its primary channel also ranks No.1 in 2021 with all key demographics and Total People.

And in BVOD, 9Now is Australia’s No.1 CFTA BVOD platform, with a 47.7% CFTA minutes share, equating to more than 6.1 billion minutes of content streamed in 2021 – 32% more than its nearest commercial competitor.

Michael Healy, Nine’s director of television, said: “I am incredibly proud that once again our content slate has resonated so strongly with the audiences we program for. I’d like to thank our dedicated team for creating Australia’s most watched programs across all platforms.”

Richard Hunwick, Nine’s director of sales for television and radio: “At the half year mark we have gained share against our core target audience of 25-54s and we remain the clear leader across both linear and BVOD with strong and reliable content slate set to carry us through the rest of 2021.”

Seven West Media CEO James Warburton: “Our strategy of investing in new and proven content across television and digital is delivering powerful results.

“Seven is the only network that has grown its audience share this year in 25 to 54s, 16 to 39s and total people. Since late April, we have been #1 every week in those three demographics and in under 50s.

“The tentpole shows Big Brother and Dancing With The Stars: All Stars delivered great results, as did 7NEWS Spotlight and our dominant content ‘spine’ of 7NEWS, Sunrise, The Morning Show, The Chase, Home and Away and Better Homes and Gardens. The AFL is Australia’s #1 winter sport by a significant margin and Supercars have roared back onto Seven in a big way,” he said.

“At the same time, 7plus is having a remarkable year. It continues to drive the digital transformation of our business and is drawing new users, day in, day out.”

Seven’s director of network programming, Angus Ross: “The Olympic Games Tokyo 2020 and Paralympic Games Tokyo 2020 will be the biggest media event in a long time. Before they start, we have the new season of our #1 entertainment show last year, Farmer Wants A Wife. After the Olympics, we head straight into the brilliant new season of The Voice, followed by AGT, an incredible new series of SAS Australia that takes the format to a whole new and shocking level, and Big Brother VIP with the noisiest celebrity cast ever seen on Australian television.

“We also have the AFL Final Series, Bathurst 1000, the best horse racing in Australia, and a lot more. It’s an incredible line-up, one that is on track to return Seven to market leadership in 2021. Summer brings the highly anticipated Ashes Test series, and the BBL and WBBL, and then the Olympic Winter Games Beijing to launch 2022."

Network 10, with over 57% of its audience under 55 and an audience five years younger than that of its commercial competitors, says it has more of the top programs in key demographics, boasting five of the top 10 programs in 25 to 54s and 16 to 39s.

Daniel Monaghan, SVP Content and Programming, 10 ViacomCBS: “Our continued success as the youngest network was cemented in week one of 2021 thanks to the unbridled success of I’m A Celebrity… Get Me Out Of Here!. It reiterated that the landscape of summer viewing has changed forever. It was the #1 summer entertainment television event.

“This success and momentum continued with Gogglebox Australia, The Amazing Race Australia and Have You Been Paying Attention?, all of which dominated in our key demographics and experienced phenomenal growth on 10 Play.

“And of course, who could forget the extraordinary success of Oprah With Meghan And Harry which reigns as the #1 non-sport program of 2021 with an audience of 2.36 million. It was also crowned the biggest ever program on 10 Play with an enormous 341,000 viewers.

“MasterChef Australia continues to cook up a storm in the kitchen with only a few more weeks until we find out who takes home the illustrious title of Australia’s best MasterChef.

“Our continued focus on the under 50s and key age groups is also reaping benefits with 10 securing five of the top 10 shows in 25 to 54s and 16 to 39s so far this year – more than any other network.

“We have seen some incredible competition in this first half across the commercial free-to-air television networks, which is great news for the overall television landscape. The competition is set to heat up when we launch some fantastic new shows which will only strengthen our under 50s programming and boost our network share.”