Memes and frontpages: Papers and internet react to #Libspill 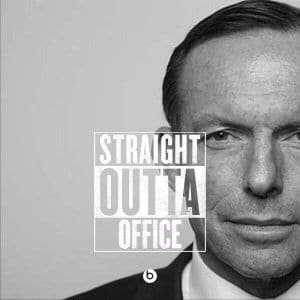 As the media and political pundits give Tony Abbott's short stint as Prime Minister a postmortem, here's a look at how the papers and the internet reacted to the leadership spill. Former Communications Minister Malcolm Turnbull last night ousted Abbott to become the 29th Prime Minister of Australia. It makes the fifth change in leader the country has had in five years.

In his speech shortly after the success of his leadership challenge was announced, Turnbull spoke with humility but it was noticeable that he sounded more like a business leader, or media company CEO talking about the challenges the country faces rather than a politician. The rhetoric was similar to that espoused by many industry bosses. He talked about being “agile, innovative and creative” at the same time as “embracing disruption” and communicating the strategy to the electorate. Business confidence is expected to bounce as Turnbull takes over.

It's not yet clear who will take on the form of Communications Minister. Scott Morrison is expected to replace Joe Hockey as Treasurer. 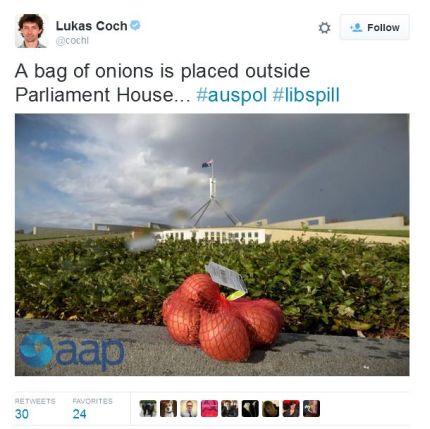 On Twitter, there had been half a million tweets about Lib Spill since Midday and tweets about the coup peaked at 10:30 just as the result was announced with around 1.9k tweets per minute.
Check out the graphic here.

The numbers are soon to be updated.

This picture of Julia Gillard along with SBS's spoof archive article about Gillard being rushed to hospital with an extreme case of Schadenfreude (pleasure derived by someone from another person's misfortune) was retweeted 1.4k times and favourited 1.3k times. 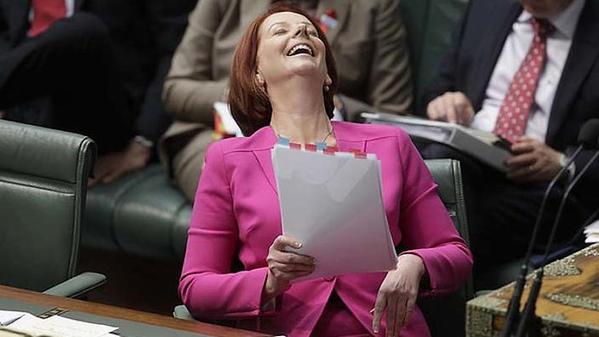 Facebook is not running any data on how many posts were made or shared about the leadership spill and new Prime Minister.

The ABC shunted the planned Q&A broadcast to ABC Two while it stuck with live coverage of the spill late into the night. Overnight TV ratings, which will be released at 9am are likely to show a spike in ABC ratings.

This is how the papers went with their late editions following the result of the ballot. 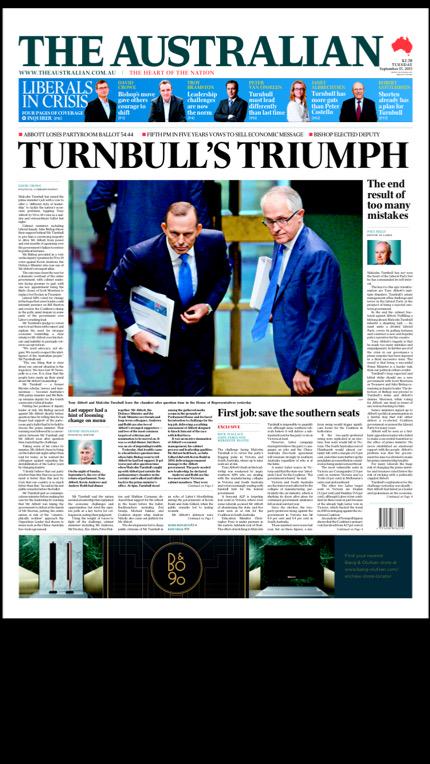 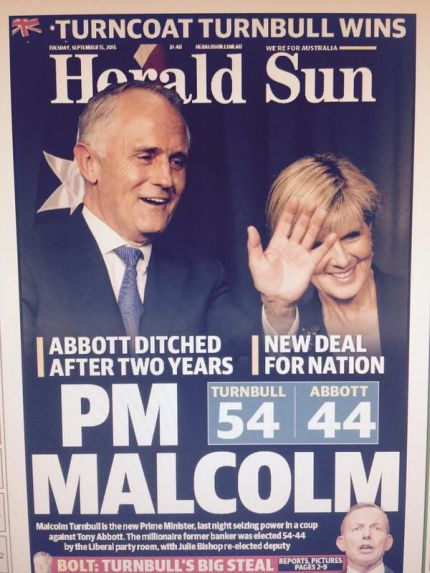 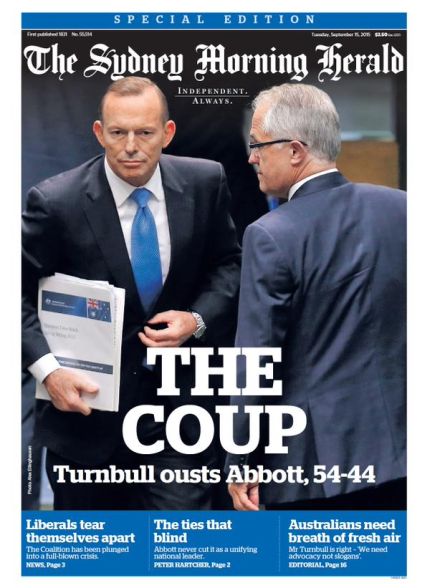 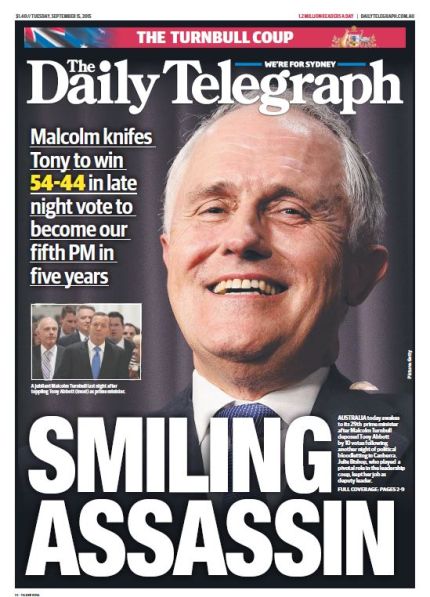 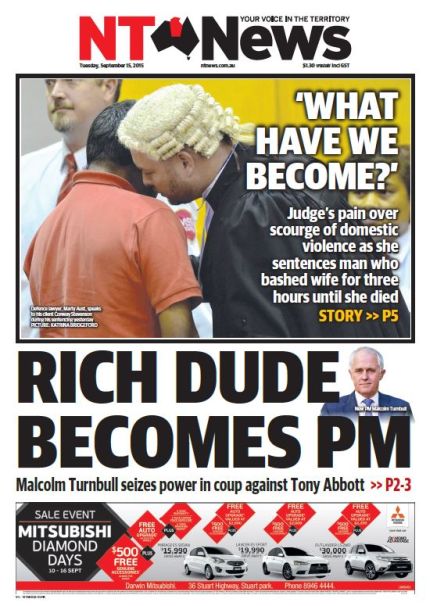 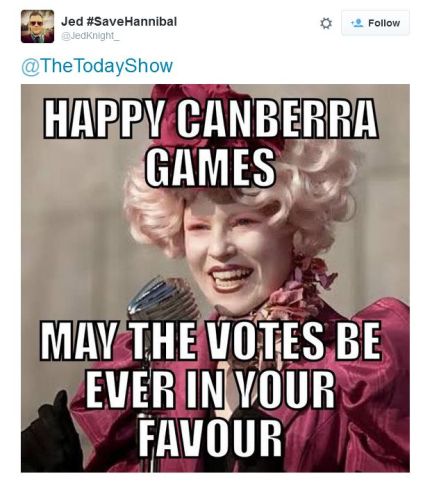 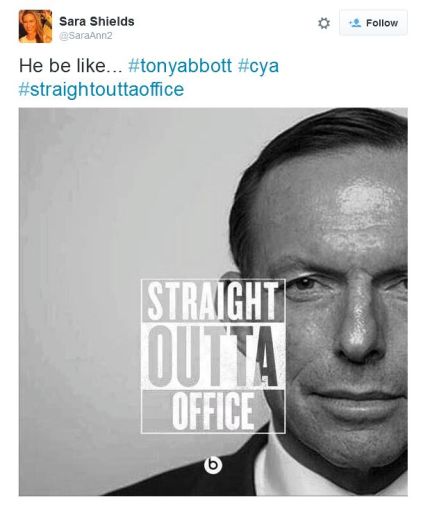 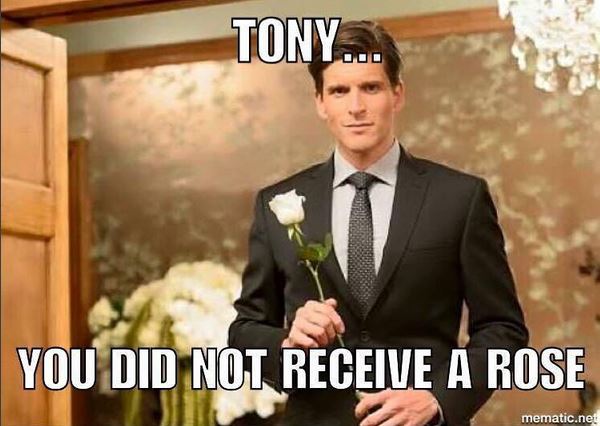 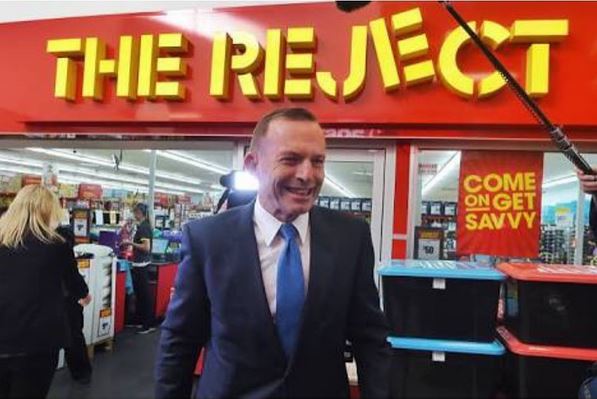