MEC's Vogel and Hier lip sync Mariah Carey, because it's Christmas and why not? 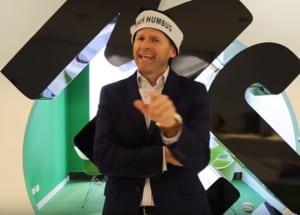 MEC is getting into the festive spirit with Peter Vogel, regional APAC boss, and James Hier, recently installed CEO of MEC Australia, and the rest of the Sydney team belting out a lip sync version of Mariah Carey's 'All I want for Christmas'.

We particularly like Vogel's ham acting as he rips into the intro and Hier's solo moment, although it's noted that Hier is donning a rather un-festive 'bah-humbug' hat.

The video is shooting around Twitter this morning, but we're wondering how we missed it until now as they were uploaded on 25 November. The stunt is part of a global initiative from MEC and the Global team gives the Sydney shop a run for their money too.