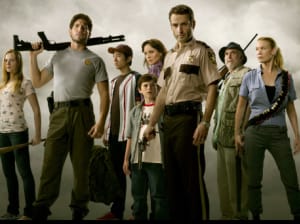 Strange days. Australia has pipped the Americans in a major technology and media development. Foxtel’s MCN and AOL-owned Adap.TV have just launched the world’s first private programmatic trading market, combining television and online video. And the tech people who know things predict that ad rates will rise because of it.

The move is a bold one, allowing advertisers and agency screen traders to segment and buy Foxtel TV audiences in the same way and at the same time as they buy online video in the MCN network and beyond. It also means MCN can put its pay TV ad slots up against online video networks as a viable, tightly targeted audience option.

“It certainly opens up MCN to a new revenue stream,” MCN group sales and marketing director Mark Frain told
AdNews. “Everyone continues to talk about the growth juggernaut of online video and MCN is fundamentally hitching its ride to that growth curve.

“The reality is no-one is trading linear TV and IP-delivered video together. They’re trading IPTV and online video together, but not linear television – where the majority of audience viewing remains and the majority of revenue is still traded. What you’re still lacking in this market is an abundance of premium online video. By MCN taking the decision to put our inventory in this private marketplace it gives the digital traders more options to buy and start to use TV,” said Frain.
“The tools that are applied to online video start applying to television. There’s a first-mover advantage in what we’re doing.”

The venture will not feature real-time bidding – MCN will instead set the floor price on its inventory.

Adap.TV’s San Francisco-based SVP for programmatic television, Dan Ackerman, said MCN’s model will be the way all broadcasters will ultimately go in Australia and globally. “Television will be under a lot of pressure from digital media like digital video,” he said.

“Consumer viewing fragmentation is happening now. MCN’s move to get ahead of that – not only by using deeper data sets for TV targeting but to start opening the door so you can manage those audiences across all platforms they’re on – is where the industry is going. If people are not starting that move to take a serious look and start to figure out how their businesses are going to adapt to that, there will be issues. Not next year but certainly over the next three to five years.

“You see a lot of companies, a lot of technology vendors out there, talking about applying a lot of that technology to television.

To Mark’s point, it’s just not been done. This is really a web-based interface where buyers can start to transition from trading panel-based measurement of TV audiences to look at real consumer attributes and serve those audiences in automated fashion through a machine-to-machine connection.”

And all that tech speak means ad yields will not collapse in TV and video like they have for online display, Ackerman argued. “TV has the most premium content out there, and now they are giving the buyer the ability to apply more data to it, I see yields going up,” he said. “Buyers are willing to pay more for a more targeted audience.”

It sounds suspiciously like the trading desk promises in the early years of programmatic display, but few publishers would attest to it coming true.

Frain, however, remains bullish and believes agency buyers are ready for it. “Things have moved on that quickly,” he said. “In the past few weeks we’ve road-tested the concept with a number of advertisers, combining our Multiview data with their own, and the response has been incredible. How they out-target, out-maneuver, out-think their competitors on television using datasets beyond demographics is a truly compelling proposition for them.”

As announced by AdNews earlier this morning, Foxtel has now taken its programmatic digital video advertising operations in-house, as it looks to invest more of its branding dollars into digital video ads.

For more on this, pick up the next print edition of AdNews, out Friday 31 October.Subscribe in print here or read it now on the iPad.