MCN and Foxtel: 'Closer than ever before' 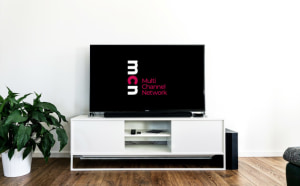 MCN's new CEO Mark Frain says Foxtel will now "underpin" the overall strategy for the sales house, as it looks to reposition the business following the exit of Network Ten in 2019.

Under the ownership of News Corp, Foxtel, will become the largest stakeholder in MCN over the coming weeks, as Ten prepares to sell its 25% share in the company back to News.

The sale will leave Foxtel with a 60%+ stake in the business, with the remaining shares held by Telstra as part of its joint venture agreement with News Corp.

Speaking to AdNews, Frain says the Ten business had at times made it difficult to appropriately focus on the growth of Foxtel from an ad sales perspective, something MCN expects to work towards as part of its new strategy.

"It's still a $500 million business, a sizeable kind of business, but I think with less stakeholders, the decision making process can be even faster." he says.

"Like any business that gets bigger, sometimes it gets harder to move as fast as you'd like to, that's why 'MCN 2.0' will be a faster, more agile business, while not slipping back into a that small business bracket.

"It's not that we 'missed' anything with Foxtel while handling the Ten account but the point I would make is that things weren't being done fast enough, however with our new structure that certainly won't be the case moving forward."

As part of the new strategy, Frain says he personally has greater input and involvement in the direction of the Foxtel business, as the two companies prepare to work "closer than ever before".

He adds that the next step for the business will be to develop greater ad tech solutions for the Foxtel business, while also driving greater brand integration across existing MCN assets, including its digital out of home business.

"In the last few weeks, we have just put forward a set of recommendations of new ad models across linear broadcast, IP and VOD and we've worked with Foxtel on the things that MCN would like to see on behalf of our advertisers," Frain says

"We're looking to get most of those innovations signed off going into next year. So, I would say on that basis MCN and Foxtel are working closer than ever before so that those innovations will be way, way faster."

Frain says MCN, which this week unveiled a new logo and executive leadership structure, will continue to push for a broader company transformation, ramping up its investment into furthering its own programmatic and data platforms.

These moves came with both internal promotions, as well as departures from senior members of the MCN executive team.

He says this transformation will be led by the new team, particularly its newly appointed chief sales officer, a role held most recently by Frain himself, Nick Young.

"We've set up the sales team now with TV, digital and digital out of home all together and we've removed the operational kind of burden so that Nick and his team can be more active and present in the market than may have been possible before," Frain says.

"This will go a long way in setting MCN up for a secure start to next year and my hope, rolling into 2019, is the structure will be fully in place and starting to deliver results for our assets and our channels."