Match Media to rebrand to Blue 449 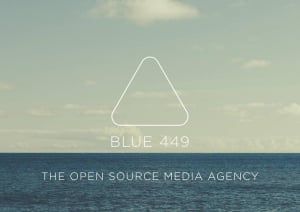 Match Media is rebranding to Blue 449 as Publicis Media aligns all of its ‘open source’ agencies under a single global brand.

The rebrand also retires the Optimedia brand with its six remaining offices, including operations in the US and China, becoming Blue 449.

Match Media CEO John Preston tells AdNews the agency chose to adopt the Blue 449 brand as an ‘evolutionary step' 18 months after he sold the agency to Publicis.

“It feels really important for Match people to move from being that local agency into a bit more of a global family and brand,” he says.

“Within Blue 449 we have 1,200 people around the world who all very like-minded and entrepreneurial…the whole premise of Match and ultimately Blue 449 is to be an agency that is forward-thinking and future-focused.

“There hasn’t been a media network set up since Maxus eight or nine years ago to address the new world of what we are facing in the marketplace and I find being part of Blue 449 very exciting – it’s why we wanted to be acquired by Publicis.”

In nine months, Blue 449 has grown to 22 offices and 1,200 employees in 14 countries. Its clients include DJI, Hewlett Packard Enterprise, Asda, Home Away, Kayak, Alibaba and Reliant/NRG.

Further aligning with Blue 449 could potentially unlock doors to work on global clients in the future, but Preston's focus is still very much local for the time being. A more immediate benefit is being able to draw upon a global network of like-minded people and processes.

When Publicis Media restructured in March, Optimedia and Blue 449 were merged with a big question mark over which brand would eventually prevail.

Blue 449 has been chosen over Optimedia because it is new, different and links to the agency's mantra of combining ideas and data. ‘Blue’ represents open thinking and ideas while ‘449’ represents data. 449 is one wavelength short of true blue (450 on the colour spectrum), which AdNews has been told: “demonstrates that we are constantly curious, always in beta and being restless in our pursuit of perfection and better performance for our clients in a changing landscape.”

The major challenge, says Preston, will be trying to make the Blue 449 brand "as strong as the Match brand".

“We’re changing the look of the brand, the name, the livery, the physical embodiment but the feel what we are delivering is exactly the same as what we’ve always had. Our people don’t change and the reporting structure doesn’t change. The whole philosophy of how we have delivered and performed in this market doesn’t change," he says.

He says clients have responded positively to the change and the potential to bring a more ‘worldly approach’ to media planning.

“Our Blue 449 journey started only19 months ago but over 18 years ago for Optimedia and 13 years ago for Match. By bringing together the brands we are creating a unique agency that is truly scaled with our ‘Open Source’ philosophy. Our focus this year has been to create a consistent global footprint and an aligned name," said Andras Vigh, Blue 449 global brand president.