Married at First Sight finale most watched show of the year 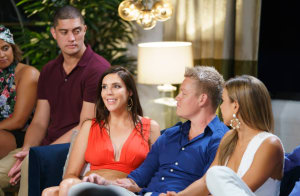 Nine’s Married at First Sight finale is the the most watched TV program of 2018 this far with an impressive audience of 1.8m million metro viewers.

Airing last night, the show topped last year's ratings of 1.4 million and was the most watched program in all key advertising demographics.

Last night's episode, which saw Carly and Troy, Telv and Sarah, John and Melissa, Tracey and Sean and Charlene and Pat find love, is also the most watched episode ever for Nine.

The Married at First Sight series has been a ratings winner for Nine, with its 9Life Channel also reaping the benefits - Talking Married reached 342,000 viewers last night.

In the 930pm slot, Nine didn't have as much success with its revamped version of the The Footy Show, pulling an audience of just 363,000 - down on its debut audience of 438,000 metro viewers.